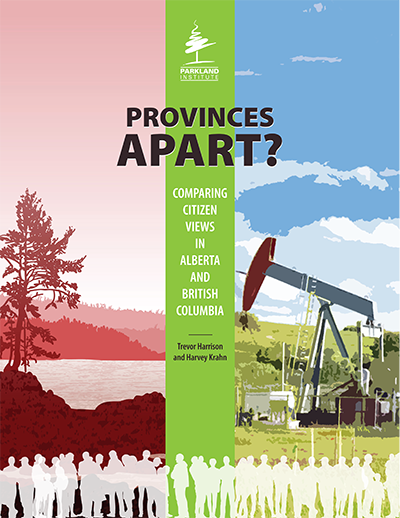 The past year has seen intense political fighting between Alberta and British Columbia centred on pipeline development, the actions of protesters, and environmental issues more broadly. Given the importance of the issues involved, the authors re-examined the results of a survey of residents of Alberta and BC, conducted between February 9, 2017 and March 9, 2017 by the Population Research Laboratory at the University of Alberta. Specifically, the authors wanted to know whether, prior to the current dispute and the media attention it has attracted, the opinions and beliefs of residents of the two province really were all that different concerning political influence, carbon-based extraction, the environment, free markets, and the role of protests in a democracy.

The survey results suggest that many residents in both Alberta and BC at the time understood and supported a nuanced approach that involved having more voices heard, that was wary of the claims of big business and the oil industry, and that recognized the need to substantially reduce the use of carbon-based energy. There was, at the time the survey was conducted, not widespread disapproval of protesters, not even in Alberta. Where statistically significant provincial differences were found, they involved the relative strength of agreement or disagreement, not highly polarized opposing positions, for example regarding global warming and the need to move away from fossil fuels.

The authors suggest that the heated rhetoric over the past year is the result primarily of the respective politics of the Alberta and British Columbia governments.