At the core of the current battle between the governments of Alberta and British Columbia is the assertion by Premier Notley and Prime Minister Trudeau that the economic benefits of the Trans Mountain Expansion Project are sufficient to justify the increased risk of environmentally disastrous spills on the BC coastline and the additional contribution to climate change resulting from increased bitumen production.

Premier Notley and other supporters of the project in the mainstream media, the Saskatchewan government, the BC Liberals, the federal government, and the oil industry have all been stating as fact that Trans Mountain is in the national interest, and that the benefits of the project far outweigh the risks.

The problem is that none of them have actually put forward credible and current evidence that this is the case.

Earlier this week the Alberta government released a video Twitter meme encouraging supporters to “Share the facts. Show your support.”

The 21-second video, which has been viewed over 160,000 times, makes three claims about the economic benefits of the project, stating that the Trans Mountain pipeline would generate $18.5 billion for “roads, schools, and hospitals,” 15,000 jobs during construction, and 37,000 jobs per year.

There were no sources for the figures cited by the government, but in fairness that’s not unusual for this type of political meme. The bigger problem is that none of the three “facts” put out by the Alberta government actually stands up to scrutiny. 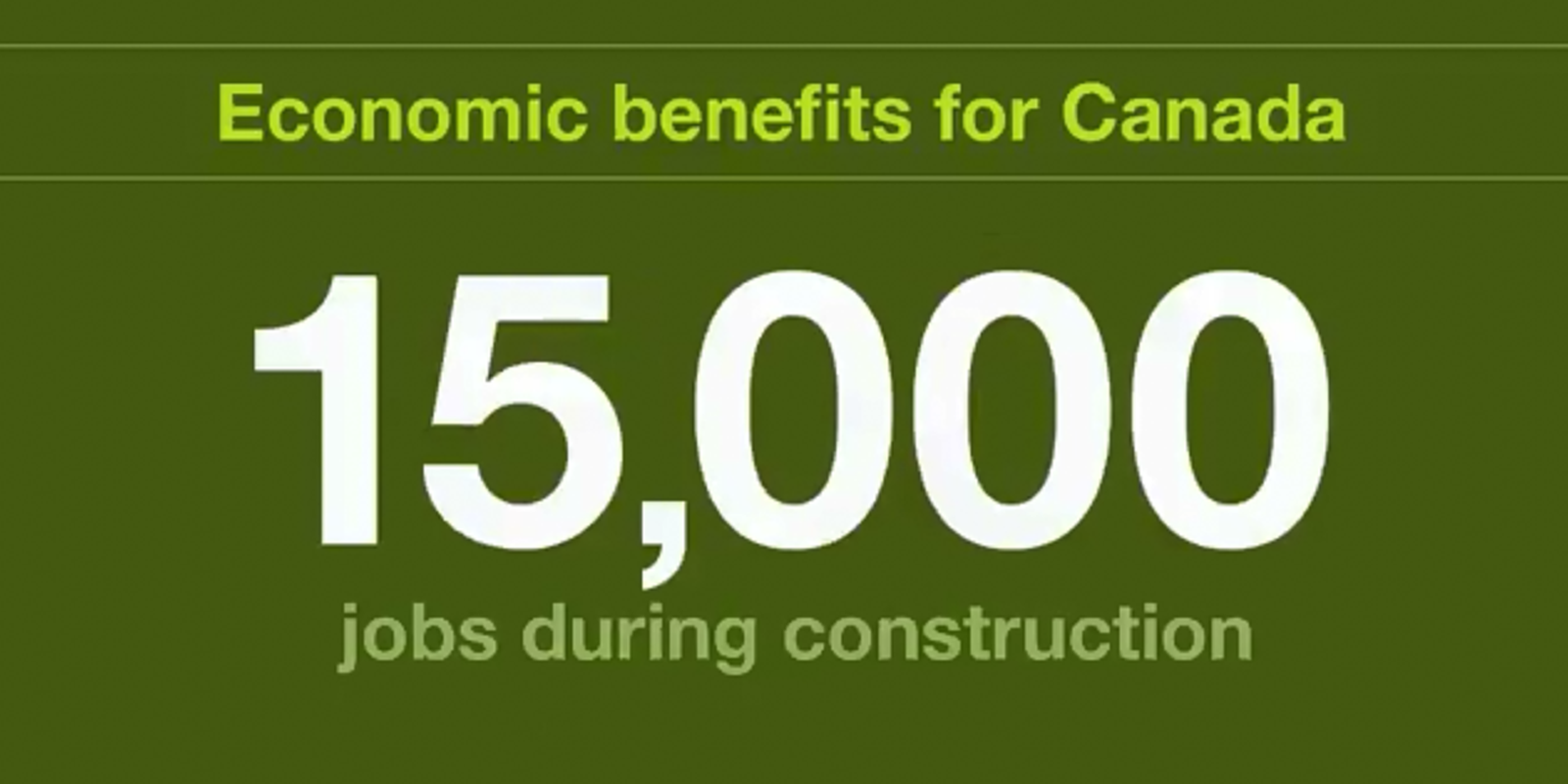 The claim of 15,000 jobs during the construction phase of the pipeline appears to be a phantom number with no real evidence or credibility behind it. As economist Robyn Allan pointed out in an August 2017 op-ed, while the number has been used repeatedly by Trudeau, Notley, and former BC premier Christy Clark, it is a total fabrication. Even Kinder Morgan has been using the number of late, even though its own submission to the National Energy Board stated that the total number of construction jobs for the project would be 2,500 per year for two years. That’s a far cry from the 15,000 now being claimed. 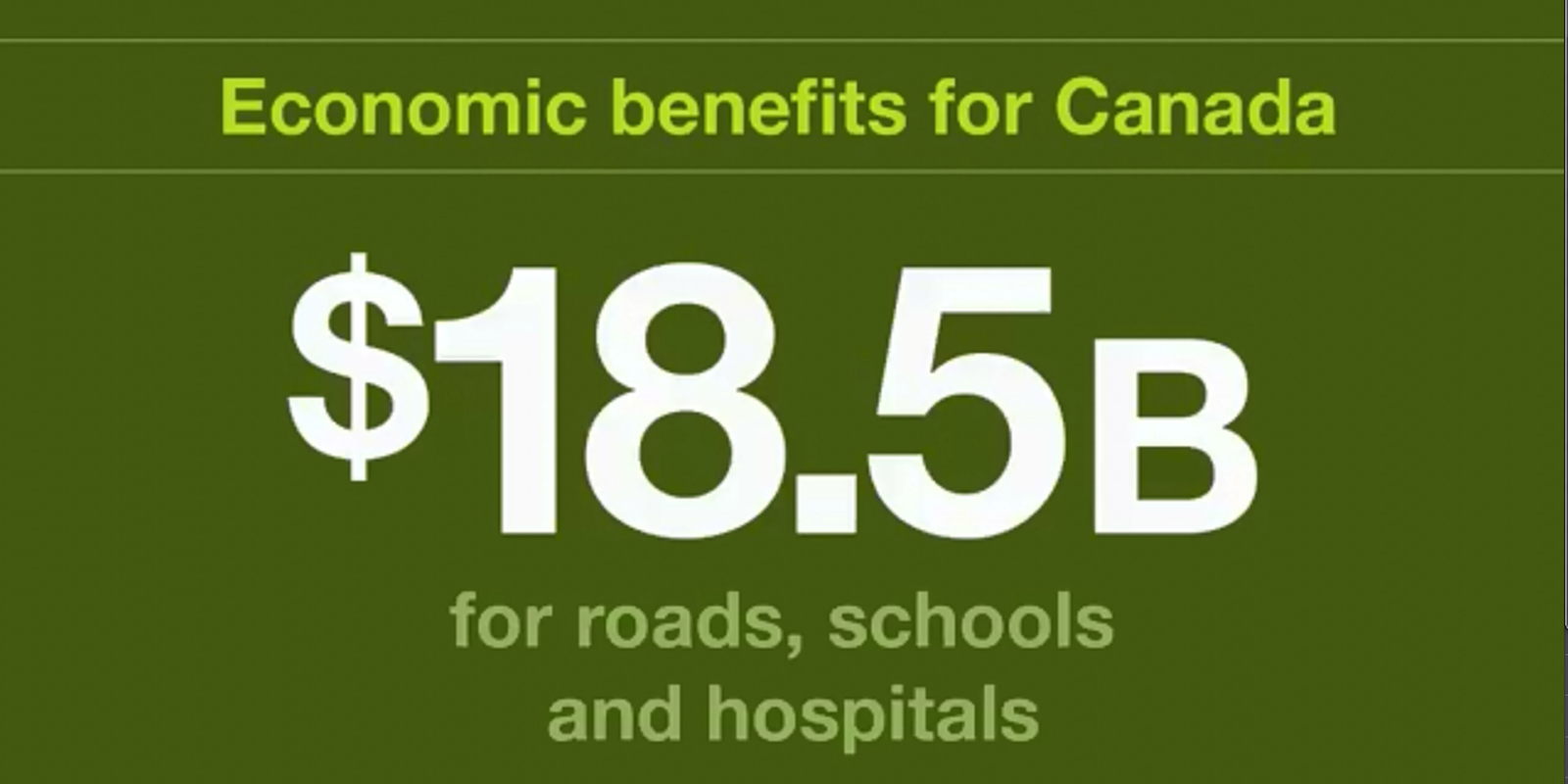 The claim of $18.5 billion in economic benefits seems to come from a January 2016 report on the pipeline by the Conference Board of Canada, which built on numbers contained in a 2013 report by the same organization. The authors of that report calculated that the project would result in “$18.5 billion in revenues for federal and provincial governments over the first 20 years of operations,” or $925 million annually, split primarily between Ottawa, Alberta, and BC.

The problem is that this number is based on old price forecasts which had the international price of oil climbing to and remaining over $100 a barrel much more quickly than is actually happening. It is also based on Trans Mountain being the only approved pipeline, which it no longer is since the approval of both TransCanada’s Keystone XL and Enbridge’s Line 3.

These points were both made by earth scientist David Hughes and economist Robyn Allan last May in an interview with the Tyee. 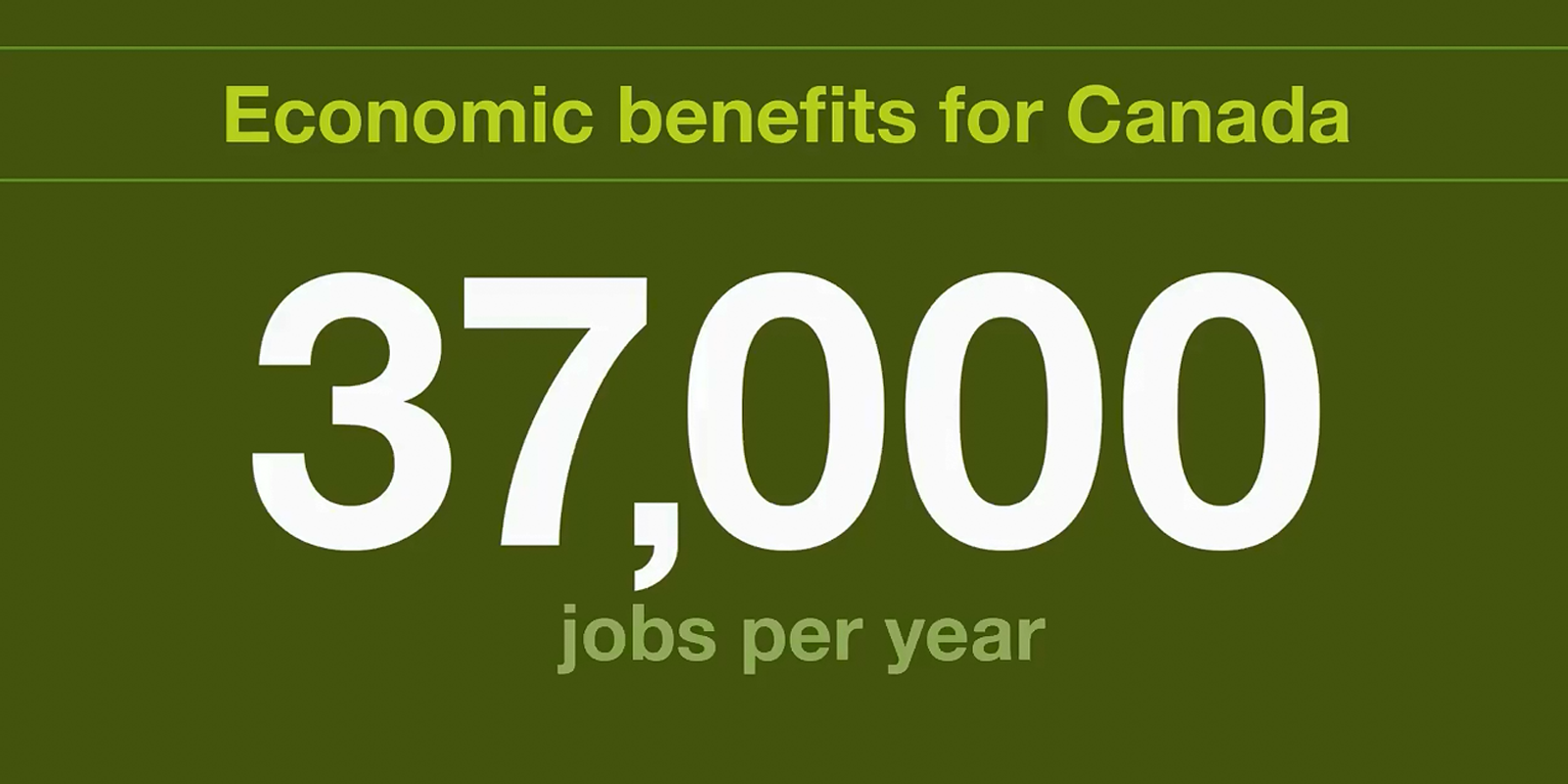 The projection of 37,000 jobs per year also seems to come, in a roundabout way, from the “nearly 34,000 jobs annually for 20 years” estimated in the 2016 Conference Board of Canada report, plus another 3,000 jobs that Kinder Morgan seems to have invented for good measure.

The 34,000 jobs number includes a supposed calculation of every single direct, indirect, and induced job resulting from the pipeline itself, from increased bitumen production, from increased tanker traffic, and even from the investment of increased profits and dividends. It’s a stretch at best, but made even less reliable given the degree to which the reduced price of oil and lower profit expectations also impacts the jobs projections, since reduced dividends through lower profits would necessarily mean reduced job creation.

It is also worth noting that the nature of employment in the oil and gas industry has changed significantly since the Conference Board first did its calculations back in 2013. As this blog post by Parkland Institute research manager Ian Hussey points out, current estimates are that at best only one-third of the industry jobs lost between 2014 and 2016 will be recovered by 2021, and in the worst case scenario that number drops to one-quarter.

This point is highlighted by the recent announcement by Suncor that the introduction of driverless trucks at its oil sands mines will result in a net loss of 400 jobs.

There is the added inconvenience for proponents of the expansion that none of these forecasts took Alberta’s 100 MT emissions cap into account. In other words, the revenue, fiscal benefits, and job numbers are all premised on production levels that are far beyond what would be allowed under the province’s emissions cap for oil sands producers.

As articulated by David Hughes in his analysis of the proposed pipeline, there already exists enough combined rail and pipeline capacity to accommodate Alberta oil sands production up to the emissions cap. Filling the proposed Trans Mountain pipeline, and achieving anywhere near the benefits touted by Kinder Morgan and the Conference Board, would require production well beyond the 100 MT cap.

One of the most persistent talking points being offered up by pipeline proponents is that Alberta—and by extension Canada—needs pipelines in order to ensure that we get a better price for our bitumen. Although the argument has been consistently debunked by people like David Hughes and Robyn Allan, it has regained momentum as of late due to a recent widening of the discount Alberta oil sands product receives in the marketplace.

The irony here is that the price differential for Western Canada Select has actually increased not because of a lack of new pipelines, but because of bottlenecks created when existing pipelines have had to be shut down due to breaches and spills. As noted by Peter Howard, former head of the Canadian Energy Research Institute, the most recent example was the failure of TransCanada’s Keystone Pipeline, which dumped 5,000 barrels of Alberta crude in North Dakota and forced a shutdown that caused the price differential to spike.

Ultimately, a rational and evidence-based conversation about whether new pipelines or acting on climate change contributes more to the national interest is a debate that is long overdue in Canada. It is a debate, however, that needs to be based on actual facts and current research, not on rhetoric and unsubstantiated assertions.

Ricardo Acuña is on leave until July 2022 from his position as executive director of Parkland Institute, a position he has held since 2002. He has a degree in Political Science and History from the University of Alberta, and has almost 30 years of experience as a volunteer, staffer and consultant for various non-government and non-profit organizations around the province. He has spoken extensively and written on energy policy, democracy, privatization, and the Alberta economy. He is a regular media commentator on post-secondary and public policy issues.