How Alberta Has Failed Teen Workers 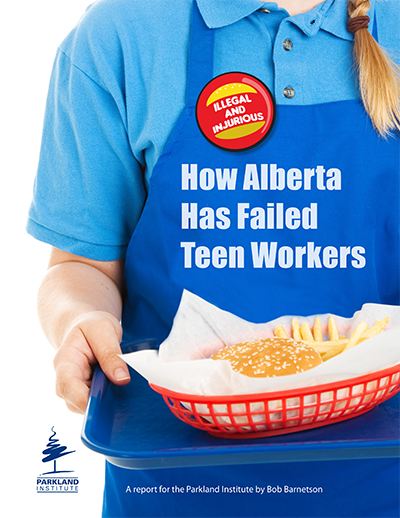 Most Albertans will hold a job at some point during their teen years. Jobs provide teens with money, a sense of accomplishment and useful vocational skills. Yet teens employed in Alberta also face widespread illegality and injury on the job. Research suggests that:

This widespread injury and illegality in teen employment reflects that Alberta does not effectively enforce the employment laws that are supposed to protect teen workers, including the Employment Standards Code and the Occupational Health and Safety Act. Employers face almost no chance of being caught violating these laws. And, if they are caught, they are unlikely to be penalized for noncompliance.

There are many factors that contribute to the government’s historical unwillingness to enforce the laws it has passed. Teen employment is often thought of as a character-building experience with wage theft and injury — endemic features of employment in Alberta — being framed as educational experiences. The close relationship between the former Conservative government and Alberta’s business community also created reluctance on the part of legislators to sanction meaningful enforcement of employment laws.

The election of a New Democratic government in Alberta may significantly change the political calculus around worker rights. For example, one of the first acts of the Notley government was to raise Alberta’s minimum wage over a series of years. As Alberta revisits the content and administration of its employment laws, the following changes could significantly improve the working lives of Alberta teens: