Cutting Through the Blue Ribbon

A Balanced Look at Alberta's Finances 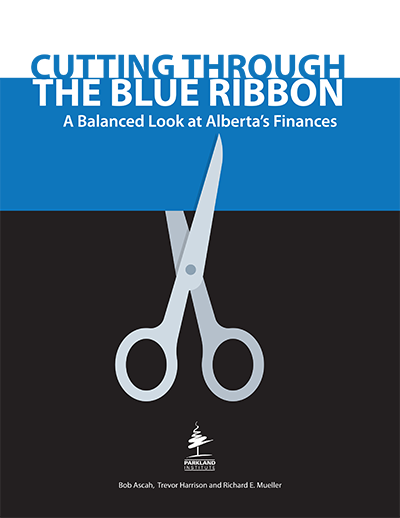 The release of the Janice MacKinnon-chaired Blue Ribbon Panel report by the Kenney government confirms concerns that the panel’s limited mandate—to provide advice on balancing the budget, but concentrating only on expenditures, and with no increased taxes—would prohibit a full examination of bigger issues of balance or long-term fiscal sustainability. Due to its intentionally limited scope, the MacKinnon report falls short of providing the government and Albertans with the information necessary to make sound financial decisions about the province’s current situation or to plan for the future.

Countering much contained in the MacKinnon report, this report lays out for Albertans a more balanced assessment of the province’s finances.

The report shows that Alberta’s economy remains strong. Real GDP and GDP per capita growth remain positive. Labour force participation rates, employment rates, and wages remain above the Canadian average. In the long-term, Alberta’s economy will likely regress to the Canadian average, resulting from a decline in the price of non-renewable resources, upon which the Alberta economy for too long has been over-reliant. Nearly every concern facing Alberta’s finances flows from this dependency.

Alberta does not face a “critical financial situation” resulting from public expenditures. Though caution is warranted, Alberta currently has a manageable debt. This report shows that, compared to Canada and its three largest provinces—Quebec, Ontario, and British Columbia—Alberta’s expenditures are not out of line. Public sector wages are commensurate over time with those found in these other jurisdictions for educational services, health care and social assistance, and public administration—the three industries that hold the vast majority of public employees and the ones that are likely to come under the most scrutiny in any cost-saving exercise.

Alberta’s real difficulty in balancing the books lies in its anemic tax effort. Alberta’s coffers fall consistently short of what is necessary to pay for important public services which Albertans value and expect. In past decades, the revenue hole was filled by non-renewable resource revenues, primarily bitumen, oil, and gas. But those days are gone, and unlikely to return. The hole can only be filled through a mix of various tax measures. Fortunately, Alberta has enormous tax room to meet this need, while still being able to boast a multibillion dollar tax advantage over other Canadian jurisdictions.

There are two ways to balance the books and thus eliminate debt: either through cuts to expenditures or through increases in revenues—or, of course, a balance of both.

The report suggests two remedies for Alberta’s fiscal ailments. First, a gradual weaning of Alberta politicians and the public away from resource revenues to fund ongoing expenses through a combination of tax increases to foster revenue stability. Second, in order to fill the revenue void, the adoption specifically of a provincial sales tax, preferably harmonized with the federal GST.

The time is long overdue for a rational, balanced, and fact-based discussion with Albertans about the province’s financial circumstances, wrapped neither in celebratory nor “blue” funereal ribbons, just hard truths. Through good fortune, Alberta is a wealthy and much-blessed province, but we can do better. The time is now.

Dr. Trevor Harrison is director of Parkland Institute. He is a professor of sociology in the Faculty of Arts and Science at the University of Lethbridge, and associate director and research affiliate of the Prentice Institute for Global Population and Economy.