The Future of Alberta's Labour Market

The Role of Immigration, Migration, and Developing Existing Human Capital 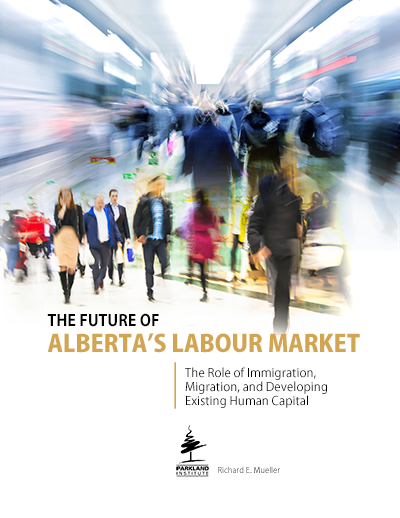 In the midst of Alberta’s currently economic doldrums and still-stubbornly-high levels of unemployment, it’s easy to forget that less than a decade ago there was significant concern among employers about labour shortages in parts of the province and in certain industries, leading to heated debate about the merits of using foreign and out-of-province workers to satiate a labour market desperate to fill positions.

While current job growth may be slow, and the gig economy, artificial intelligence, and automation may be threatening to the future of stable and well-compensated employment in Alberta, there will likely be a time when the province again returns to prosperity and the Alberta labour market will need new sources of labour. However, the new complexion of the labour market means the response to any future labour shortages will have to be different than in the past.

Increasing Alberta’s labour supply at the extensive margin involves increasing the population, which can be accomplished in three ways: higher birth rates, increased numbers of migrants arriving from other Canadian provinces, and increased immigration.

Although Alberta has high natural increases in population, its fertility rate of 1.62 is still well below the replacement rate of 2.1 and has been trending down for a decade, a trend which is unlikely to change.

Interprovincial migration, which has historically been important, is also in decline. While Alberta has higher-than-average interprovincial migration rates, it has still experienced the same downward trend in in-migration seen across Canada. In the 1970s, Alberta attracted four to five percent of its population annually, compared to about two percent more recently, and less than one percent since 2006, including years of negative net migration since 2015.

Given these trends, immigration is becoming an increasingly important source of labour force growth throughout Canada, and Alberta is no exception. Immigrants are not a homogenous group, and there are a variety of immigration programs targeted at specific groups of potential newcomers. The economic and labour market outcomes of newcomers admitted under these programs are different, with factors such as language ability, domestic work experience, and the ability of employers to recognize credentials being important to the success of immigrants in the Canadian labour market.

Two programs, the Provincial Nominee Program (PNP) and the Canadian Experience Class (CEC), have seen an increase in both the number and proportion of immigrants admitted in recent years, and the evidence to date shows they are performing well economically. The number of immigrants coming to Alberta through the controversial Temporary Foreign Worker Program (TFWP) has dropped significantly from its peak in 2013, but Alberta still accounts for a disproportionate number of workers admitted under the program. While there are significant concerns about both the treatment of workers under the program and its effect on wage suppression in some industries, there is evidence that a limited TFWP may be beneficial.

The final source of potential labour through immigration is foreign students. While there has been a tripling of foreign students across Canada over the last 20 years, Alberta has not experienced the same level of growth.

While recent changes to immigration programs to make them more employer-driven have, not surprisingly, resulted in better economic outcomes for those admitted, this focus should be approached with caution to ensure employers do not overuse the system in an effort to keep labour costs down, which has implications for the mobility of labour within Canada, the development of domestic human capital, and the adoption of capital-intensive technologies.

While the provincial government can influence immigration policy to attract immigrants through the PNP, ultimately the decision to admit these individuals lies with the federal government, meaning the policy options available to the province to attract more immigrants to Alberta are limited.

Getting the most from the Alberta population

Given the limited policy levers available to Alberta to increase the labour supply, this leaves Alberta with the more direct option of better utilizing the existing and potential talent of its current population.

Better addressing credential recognition, both in regulated occupations and the skilled trades, is another way Alberta could better utilize the talent of its current population. Credential recognition is a potential issue for anyone entering any province, whether from another province or from abroad. New immigrants frequently have problems getting their credentials recognized and are often overqualified for the work that they perform. In the skilled trades, there are potential benefits in harmonizing apprenticeship training to increase mobility across provinces, and allowing workers credentialed in specific competencies to qualify for different trades.

Increasing the productivity of the existing labour force may also mitigate the need to attract new entrants to the labour market. Alberta, whose working-age population is somewhat less educated than in other parts of Canada, would benefit by bringing education attainment levels up to the national average. Alberta employers, in conjunction with the province, should also consider improved on-the-job-training—which is poor in Canada by international standards—as a means of enhancing the skills of the existing workforce in this rapidly changing labour market. 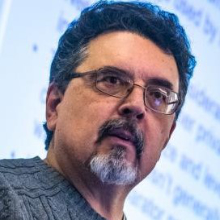