Economics and politics stand in way of privatizing ATB

This op-ed by researchers Bob Ascah and Mark Anielski appeared in the Edmonton Journal on October 2, 2018.

On Sept. 29, 2018 the 80th anniversary of the first ATB branch opening in Rocky Mountain House will be celebrated. ATB Financial is now a $53-billion financial institution operating exclusively in Alberta. Currently ATB operates in 244 communities with 753,000 customers and a branch network of 175 branches and 141 agencies.

The province of Alberta is exceptional in at least two respects: first, it has no provincial sales tax and second, it has ATB, which competes against chartered banks and credit unions. ATB is a big deal and a great secret resource for Alberta.

In a study entitled Alberta’s Public Bank — How ATB can help shape the New Economy, authors Bob Ascah and Mark Anielski trace the history of ATB and offer some innovative policy proposals for ATB Financial. This excerpt from the Parkland publication examines the possible privatization of ATB and why it would be difficult.

During the Klein government, serious consideration was given to privatizing ATB, but the rural caucus and the litigation involving West Edmonton Mall doomed the effort. Canadian privatizations have generally been a boon to the investment bankers underwriting the initial public offering, initial shareholders, and senior management.

Underwriters receive significant commissions; early shareholders normally see the value of their holding rise as inefficiencies are rooted out; and senior management are rewarded through share options. Examples of this include Telus, Canadian National Railways, Capital Power, and Air Canada. Existing employees benefit, if they are not found redundant, as wages typically rise.

In ATB’s case, its mandate requires it to provide access to financial services to all communities—meaning rural communities. Given the increasing move to automate interactions between consumers and financial institutions, Canadian banks will continue to prune their branch networks.

Banks have become more adept at slowly closing branches throughout urban and rural Canada because they make it easier for their clients to interface electronically. A privatized ATB would likely close many of its uneconomic branches in rural Alberta. A privatized ATB would also likely need to be shielded against a possible takeover to assure it remains headquartered in Alberta.

Such conditions and outcomes may preclude the case for privatization. Another key factor is whether a sale of ATB shares to the Alberta public would generate a handsome return to the province. ATB might sell for more than its “book value” of about $3.5 billion and that would allow it to book a gain on the sale.

However, it’s unclear, given its poor profitability compared to the banks, whether the profit would be large enough to attract the current, or a future, government to sell this legacy institution.

Moving to a privatized bank status would mean that the 100-per-cent Alberta deposit guarantee would fall off. The blanket guarantee is of considerable value to ATB as it attracts large wholesale deposits to the government’s AA credit rating.

Canadian banks, particularly the Canadian Western Bank, have been concerned about ATB’s competitive advantage. If ATB were privatized, the financial disclosure and due diligence on ATB’s loan portfolio, the adequacy of its loan-loss provisions, and the reporting on current and future executive compensation could be sensitive to the government, board, and executive management. Finally, the frontline staff at ATB are unionized. While it’s not obvious this fact would be a major barrier to privatization, it presents another issue for future investors.

While it is always difficult to forecast political developments, expect ATB to remain under government direction for the foreseeable future. 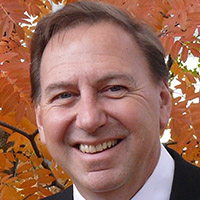 Mark Anielski, BA, BFSc, MScFE is an economic strategist specializing in the economics of well-being. For the past 30 years Mark has been the president of Anielski Management Inc., an economic advisory services group that provides strategic economic counsel to communities, nations, and businesses on how to build flourishing economies of well-being. He is an international expert in natural capital accounting and recently co-founded the Centre for Integral Finance and Economics (London, UK), which focuses on developing new tools to support the emerging field of impact investment and banking. He is schooled in ecological economics, accounting, and forestry. He has advised nations and communities in Canada, Bhutan, French Polynesia, The Netherlands, Austria, and China in their aspirations to develop a new economic model based on well-being and happiness. He is the author of the award-winning book The Economics of Happiness: Building Genuine Wealth, which provides a blueprint for building the new economy of well-being. His second book, An Economy of Well-being, was published in May 2018. His second book touches on the role of public banks such as ATB Financial in shaping the new economy of well-being.