The Impact of Provincial Cuts on Alberta Municipalities

Municipalities provide critical local services to residents. Public services – and the public servants providing these services – directly impact the safety, well-being and prosperity of Alberta’s communities. However, Alberta’s municipalities, both urban and rural, have experienced significant fiscal challenges following the oil price collapse and associated economic downturn of the mid-2010s. COVID-19 has further exacerbated these fiscal constraints, placing increased service demands on cities while reducing traditional revenue sources. Amidst these fiscal challenges, the Government of Alberta introduced budget changes that directly impact municipal finances. These changes to municipal revenue streams have direct implications for the ability of municipalities to provide quality services and make the infrastructure investments needed to accommodate growth and attract investment.

This report examines the 2021 Alberta Budget from the perspective of Alberta’s municipalities, assessing the impacts of recent United Conservative Party (UCP) policy on municipal infrastructure and service provision.

Drawing on financial data and interviews with 16 municipal leaders across the province, this report argues the 2021 Alberta Budget is emblematic of broader trends in provincial-municipal relations in the province. While provincial and federal pandemic stimulus funds provided municipalities with a vital lifeline through the COVID-19 pandemic, Alberta’s cities and towns face a continued fiscal squeeze as a result of stretched capital grant programs and reductions to traditional operating revenue sources.

The province’s impact on municipal services and infrastructure is shaped by four key dynamics:
• “Parents” over “Partners:” The lack of meaningful provincial collaboration with – or understanding of – municipalities limits effective policy response.
• Failure to leverage federal funding: Federal funding that would benefit Alberta municipalities is regularly left on the table because of a lack of provincial support necessary to access the federal funds.
• Adverse impacts of funding delays: Inconsistent capital funding places significant administrative and fiscal strains on municipalities of all sizes.
• The Municipal Ripple Effect: Provincial policy changes and budgetary decisions – particularly with respect to social services – have place-based ramifications.

As a result of these dynamics, municipalities are forced to consider increasing taxes, cutting jobs and services, and delaying critical pieces of infrastructure. It is clear that for municipalities to more effectively tackle the complex urban issues of the 21st century and compete for investment and talent on the global stage, municipalities need new fiscal tools and a reformed relationship with the Government of Alberta.

So what’s a municipal voter to do?

With Alberta’s municipal elections set for October 2021, it is critical that voters are aware of the impacts the province has on municipal issues in order to make informed decisions at the ballot box. Understanding the close link between provincial budget decisions and municipal expenditures will improve voters’ ability to hold elected representatives (both provincial and municipal) accountable for their policy decisions and, as a result, increase political responsiveness. This report closes by providing municipal voters with strategies to wield their votes most effectively to advance the changes they want to see in their communities.

The Alberta government cuts affect all municipalities across the province, but the impact is particularly felt in Alberta's two largest cities. Please click on the following documents to view one-page overviews of implications of the cuts on Calgary and Edmonton. 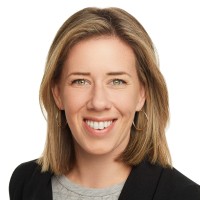 Jacqueline Peterson received her PhD from the University of Toronto (Political Science) in 2020. Her research focuses on urban infrastructure, multilevel governance, local climate change policy and municipal finance in Canada and the United States. Dr. Peterson published her research in Cities, Canadian Public Administration, Sustainability and the International Journal of Urban Sustainable Development, and regularly instructs urban policy courses at the University of Calgary. She is currently completing a book project for McGill-Queens University Press on the institutional drivers of local infrastructure investment. Prior to beginning her PhD, Jacqueline worked for elected representatives in Calgary’s city council and the Alberta Legislature. She completed her masters’ degree at Columbia University’s School of International and Public Affairs and received a BA from McGill University.