Lessons from Alberta on the Deregulation of the Electricity Industry 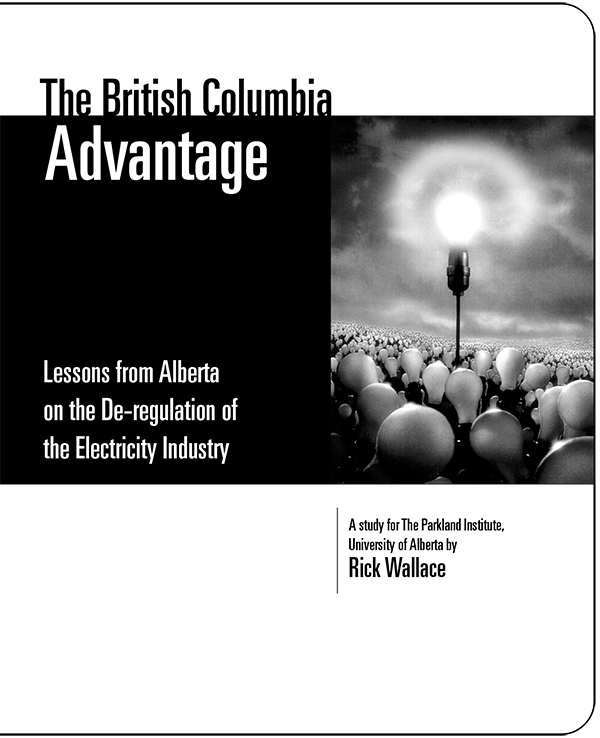 In 1995 the Alberta government followed the example of Margaret Thatcher in Britain, and began to deregulate Alberta's electricity industry. Defying critics, the government promised Albertans lowered electricity prices and more stable supplies once electricity was subjected to the competitive pressures of the marketplace. Six years later, this study seeks to evaluate these claims, and draw out lessons for British Columbia, another province moving down the deregulatory path.

Have Albertans benefited from deregulation? What would be the likely results if British Columbia follows in its neighbour’s footsteps? Although the distinctive features of the electricity industry in each province must be taken into account, the Alberta case makes some powerful suggestions about the potential outcome of electricity deregulation in British Columbia. Millions of dollars are at stake, either in the form of potential savings (or additional costs) for consumers, and potential profits for the corporate producers of electricity.

Rick Wallace has been involved in research work during and since obtaining his MA in sociology in 1987. He has previously worked for the Alberta Government in the Child Welfare Department in program policy development and for Strathcona County in corporate planning as their strategic information analyst.