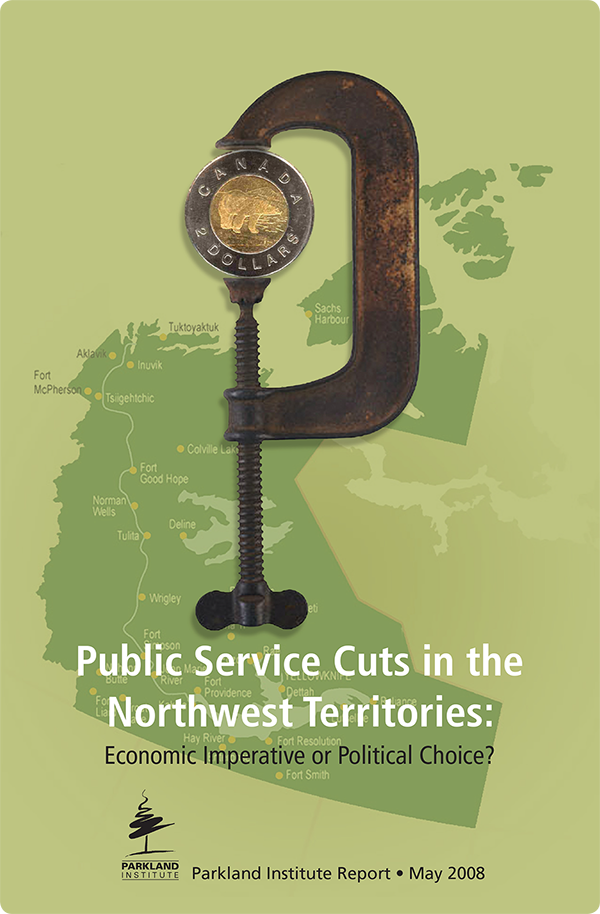 The Government of the Northwest Territories (GNWT) announced in January that it will cut approximately $135 million in expenditures over the next two years. This will likely result in hundreds of jobs being lost in the civil service and in the wider economy. It is unknown what the impacts will be on public services, such as education, health care, supports for the elderly and disabled, and other social services.

The Government itself has been silent on the cuts; despite handing out notices to 135 employees, it has given no indications of what services will be affected, or in what communities. It has implied that the rationale for the cuts is financial, and that there is a need to move funding toward infrastructure investments. Thus this report analyses the Government’s financial picture, and the underlying economy of the Northwest Territories (NWT) to determine whether the cuts are necessary in order to make this infrastructure investment.

Seventy percent of the revenues of the GNWT come from federal government grants and transfers. A new Territorial Formula Financing (TFF) system will provide a steady increase in core federal funding over the next several years. Thirty percent of revenues are own-source revenues (OSR) and these also have been on an upward trend. Total revenues have been growing more quickly than expenses, and since 2004-2005, the GNWT has been operating at a surplus. The surplus has grown each year, most recently reaching $109 million.

This growing surplus has meant that the GNWT’s debt has been paid down. From over $66 million in March 2006, the net financial debt was down to $6 million in March 2007, and was likely eliminated that spring. The net debt-to-GDP ratio is near zero or less, which compares very favourably to around 20% for the rest of Canada, and 50% for the wealthy G7 countries. Considering non-financial assets, the government actually has an accumulated surplus that is likely over $1 billion.

Nevertheless, the Government insists it is in financial hard times. In February 2008, it released a document titled “The Evolution of the NWT Fiscal Framework, 2004-2008” (EFF). The EFF states that expenditure growth has been forecast to exceed revenue growth for the past four years. However, this forecast has not come true; in each of those years, revenue growth has exceeded expenditure growth.

Finance Minister and Premier Floyd Roland took this claim a step further, stating “our spending will continue to grow faster than our revenues.” Again, the reality is that spending has not grown faster than revenues. And in late 2006, Moody’s Investor Services issued the GNWT an Aa1 credit rating, thus casting more doubt on the claim that the GNWT is constantly on the brink of sliding into structural deficit.

Even if there were a deficit coming, there should be no automatic assumption that the only response is to cut spending. The economy may well be able to support higher Government revenues. The NWT’s economic health appears to be very robust. The NWT has the highest GDP per capita in Canada – 40% higher than that of oil-soaked Alberta. Furthermore, GDP has been on an upward trend for years, growing 67% between 1999 and 2006. The GNWT Bureau of Statistics projects a doubling of GDP by 2014. Statistics Canada recently confirmed ongoing GDP growth, reporting 2007 growth of 13.1% – the highest in Canada and substantially higher than that of China.

Other indicators paint a similarly healthy economic picture. Employment is the highest in Canada, and rising. Unemployment is now at 5.3%, compared to the Canadian average of 6.3%. The NWT also enjoyed the highest average incomes in Canada, and several other indicators in the Government’s most recent “Economic Review” also show strong economic growth. Indeed, in the spring of 2007, the Government was predicting “enormous ... unprecedented” growth.

Despite the ongoing and projected economic growth, the Government is predicting a $31 million drop off in revenues. Taking account of the rising federal core funding, GNWT own-source revenues would need to decline by more than $40 million (11-12%) for this gloomy prediction to come true.

However, with economic and employment growth, own-source revenues are more likely to increase. If they maintained their current ratio to GDP, total annual revenues would grow by $32 million to $107 million in the next four to five years. And with GDP estimated to double by 2014, annual revenues would grow by $115 million. Furthermore, in February the federal government announced Public Service Cuts in the Northwest Territories: Economic Imperative or Political Choice? 3 infrastructure funding support amounting to $26.5 million per year for the next seven years, and a further $8.6 million per year for NWT communities, for a total of $35 million per year available for infrastructure investment in the NWT.

Such increases in revenues would go a long way toward covering infrastructure investment needed in the future, perhaps covering it all with no need for spending cuts or tax increases. And ordinary debt financing could help bridge any gap in the next couple of years, if there is one (the $300 million GNWT borrowing cap was raised to $500 million last year).

Although it appears that economic growth could boost revenues adequately, if higher revenues proved necessary, several options are available. The GNWT’s tax rates on large corporations, top income earners and fuel are all below Canadian averages, and could be increased. The GNWT’s liquor “tax” (the Revolving Fund) could also yield higher revenues. It may be possible to levy new taxes as well, such as taxes on retail sales or capital investment. A carbon tax alone could raise on the order of $100 million per year.

In light of the Government’s healthy financial picture, and the strong NWT economy, there would appear to be little reason to continue with the public service cuts. In light of the harm they could cause to families and communities in the NWT, the Government should conduct a detailed re-examination of its financial outlook, taking into account the truly “enormous” and “unprecedented” growth that the NWT is about to experience. 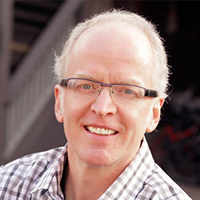