My PhD research, “Suffering and Pain: Stories of Racialized Immigrant Women’s Use of Mental Health Services in Lethbridge” aligns with Parkland Institute’s spirit on many key philosophies, including access to quality mental health care and ensuring justice for racialized immigrant women in Alberta.

My post-immigration suffering and my experiences of the use of modern mental health services in Lethbridge, Alta., propelled me to work on racialized immigrant women’s mental health.

All the women in this study described being emotionally damaged by their pain and suffering, which was triggered by interrelated social subordinations, intersected by their gender, class, race, ethnicity and other intersectionalities in Canada. Most of them developed a form of double-consciousness due to their frequent experiences of racism and discrimination against their skin colour, identity, culture and language. They began seeing the world through two lenses: the perspective of their ‘original’ culture, and that of mainstream Canadian culture. This process was alienating for them, as they came to view their identity as problematic and lacking, and their self-confidence was ruined by the emotional damage this caused.

Class and immigration status exacerbated several women’s distress while living in Canada. In particular, those who were international students suffered from financial precarity because they had to pay high tuition fees. Further, many of the women faced violence, which was often racially motivated, but also appeared in other forms such as sexual, emotional and physical, taking place both in the home and at work. Because some of these women were unfamiliar with the new culture and laws in Canada, and dependent on their family members or partners, they could not seek social and legal support to flee abusive relationships or environments. These women often felt helpless, as they lacked the kind of community connection and support they relied on before coming to Canada.

The women’s pain, a product of these structural discriminations, impacted their health and they began suffering from sleeping and eating difficulties, low energy, lack of focus, headaches, dizziness and other difficulties so severe it led them to seek mental health assistance. My in-depth interviews with women from the Global South showed that many women have different knowledges and healing practices to treat mental illness. Thereby, Canadian psychiatric treatments that solely focused on these women’s concerns as individualized and biopsychiatric complicated their experiences of interpreting and using mental health services.

The women were given anti-depressants to alter their brain chemistry and psychotherapy that required their own self-colonization in order to fit into Western neoliberal society. Many women found their therapists were not equipped to provide psychotherapy to culturally diversified people and had minimal knowledge about the other cultures and racialized peoples’ suffering intersected by their gender, race, class and ethnicity status. As a result, the women were often given basic, preplanned, general advice that most of them did not find beneficial. As most women used public and free mental health services, they often had to wait three to four weeks for an appointment, at which point they sometimes felt that they no longer needed to speak to someone.

Some women experienced what they perceived to be racism and xenophobia in their counselling encounters, to the extent they discontinued therapy or turned to more traditional forms of succor in order to address their concerns. However, for several women in this research, psychotherapy was beneficial for getting valuable information for moving out of an abusive relationship, surviving in a racist workplace, and working on self-improvement.

By analyzing these racialized immigrant women’s embodied experiences of using modern mental health services in Lethbridge, my study offers a rethinking of psychiatric treatment in Alberta and reframing the psychotherapy practices for racialized people. I argue that instead of adopting the biomedical model of mental illness, which conceptualizes mental illness as a naturally and universally occurring pathology that exists within sufferers, structural discrimination and different power relations that contribute to humans’ suffering must be taken into account when providing mental health services not only to racialized immigrant women but also to other marginalized individuals in Alberta. 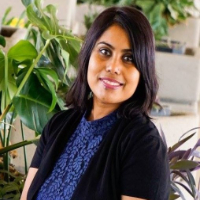 Shahina Parvin is PhD candidate in Cultural, Social, and Political Thought at the University of Lethbridge. She received the Parkland Institute Graduate Research Award that encourages public policy research and training of graduate students.