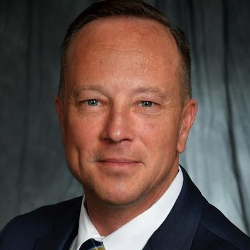 Mike Parker has been a first responder since 1992 and graduated as a paramedic in 1999. He has been involved in the labour movement for many years, serving as a steward and as vice-president of his local with the Canadian Union of Public Employees. He became a member of HSAA in 2009 and served on the board before being elected as vice-president in 2015. The following year, he became president. Mike has always been a strong proponent of the role of unions in protecting the rights of citizens and of the public sector in providing vital services.