Thanks to the scope and calibre of his reporting, Albertans are now aware of the backlog of necessary and overdue work needed to properly maintain tens of billions of dollars worth of publicly owned schools, colleges, universities, highways, bridges, waterworks, laboratories, office buildings and hospitals.

A decade into his rule, deferred maintenance became a “serious” and “significant issue” in need of address. The 2002 Financial Management Commission estimated a $2.8-billion backlog, and expected it to grow $240 million a year.

Klein’s commissioners recommended he “develop a plan for addressing deferred maintenance in a systematic way over the next five years,” and that “a reasonable portion” of the province’s annual budget “should be allocated to maintenance on an ongoing basis to prevent the recurrence of this problem.”

Klein accepted their advice, but failed to act. He was too busy battling the debt dragon.

To great fanfare, Klein did slay the dragon — but he also left $6.5 billion in deferred maintenance lurking in his aging castle.

To his credit, Klein’s successor Ed Stelmach proposed a 20-year plan “to invest in infrastructure so that 95 per cent of all of Alberta’s capital assets will be in good or fair physical condition.” Alberta’s 2007 budget pledged at least a third of unexpected surpluses toward “capital maintenance and renewal.”

But Stelmach intended to make those infrastructure investments with increased royalty revenue that never materialized.

Alberta’s 2007 royalty review concluded the obvious: “Albertans do not receive their fair share from energy development,” nor had they “for quite some time.” The review panel chairman even accused Alberta’s government of behaving like the resources belong to the oilpatch, not Albertans.

Stelmach would prove him right again and again: watering down and delaying his own experts’ modest proposal, the premier cut royalties further in March 2010. Deficits have persisted ever since.

Soon, the auditor general noted billions less for deferred maintenancre than promised in the 2007 budget: “In effect,” and without announcement, “the policy was changed.”

Oilpatch pockets were stuffed with billions in excess profits, but Alberta’s revenue cupboards were bare.

Lacking the courage to stand up to the oil industry, Alberta’s Progressive Conservative dynasty resorted to cooking the books to hide their crumbling infrastructure.

Recently, Albertans again chose health care and accountability as the top two issues facing the province. In defence of those priorities, I will inform Auditor General Merwan Saher of these shenanigans and file a freedom of information request to uncover Tory efforts to bury the problem of deferred maintenance.

What will you do to help bring accountability to health care?

Regan Boychuk, a former research director at the Parkland Institute, has studied the manipulations of the Alberta hospital rating system. He was quoted in Keith Gerein’s series on Wednesday and Thursday. 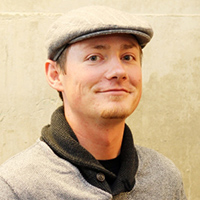