Giving Away the Golden Egg

Alberta’s Tax Giveaway and the Need for Reform 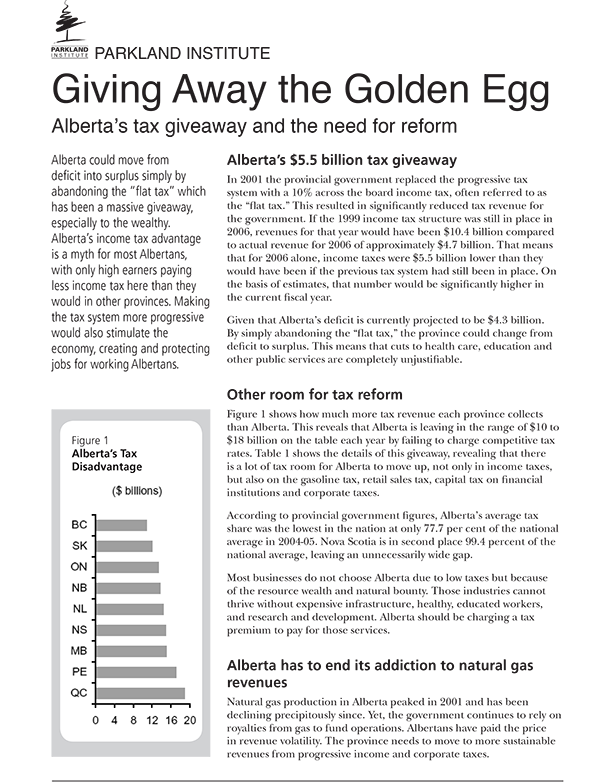 In 2001 the provincial government replaced the progressive tax system with a 10% across the board income tax, often referred to as the “flat tax.” This resulted in significantly reduced tax revenue for the government.

If the 1999 income tax structure was still in place in 2006, revenues for that year would have been $10.4 billion compared to actual revenue for 2006 of approximately $4.7 billion. That means that for 2006 alone, income taxes were $5.5 billion lower than they would have been if the previous tax system had still been in place. On the basis of estimates, that number would be significantly higher in the current fiscal year.

Given that Alberta’s deficit is currently projected to be $4.3 billion. By simply abandoning the “flat tax,” the province could change from deficit to surplus. This means that cuts to health care, education and other public services are completely unjustifiable.