At the boundary of public and private health care

Alberta Health’s recent decision to eliminate non-publicly funded fertility treatments at the Royal Alexandra Hospital’s Regional Fertility and Women’s Endocrine Clinic has been deeply distressing for the couples and families affected, highlighting in a poignant way that the personal really is political. Rather than a straightforward debate over public versus private health care, the controversy exemplifies the intricate complexities of health care funding and delivery in Alberta. Most significantly, it raises challenging questions about our commitment to health equity and truly universal public health care.

Fertility services are not covered under the Alberta Health Care Insurance Plan, nor are they mandated by the Canada Health Act, which only requires provincial coverage for medically necessary care. Though the term "medically necessary" has not been clearly defined at either the federal or provincial level, it has been used to distinguish between treatment needed to avoid a negative health outcome and treatments that are cosmetic, elective, or preventative. In the case of fertility services, this means that treatment for underlying health conditions which can cause infertility may be publicly funded, but funding for assisted reproductive technologies (ARTs) are left to the discretion of each province.

In Alberta, options for assisted reproduction such as IVF (in vitro fertilization) or IUI (intrauterine insemination) have been limited to the private Calgary Regional Fertility program or the Regional Fertility and Women’s Endocrine Clinic (RFWEC) at the Lois Hole/Royal Alexandra Hospital in Edmonton. The RFWEC was opened in 2007 because they were no other reproductive services outside of Calgary.

Despite being housed within a public hospital, those seeking ARTs at the RFWEC still paid out of pocket. As described by the Edmonton Journal’s Keith Gerein, the clinic’s unique arrangements stood out: “For years, it existed as an anomaly in the health system, a publicly run facility that had to charge fees.” Through its decision to eliminate these services, Alberta Health Services has indicated that this anomaly does not fit in the public health care system. When considered from the perspective of health equity, however, the anomaly is the fact that fertility services are not covered at all.

When the privately owned Pacific Centre for Reproductive Medicine (PCRM) opened its doors in the city in 2016, its director, Dr. Ken Seethram, claimed the publicly run clinic was unable to keep up with demand, and that his clinic would “help ease the burden at the Royal Alexandra Hospital centre, and ensure timely access to reproductive care.” Any concerns about the arrival of a private alternative, he argued, were “unfounded,” and many patients initially welcomed the added choice and prospect of reduced wait times.

However, as high-profile examples from private surgeries to private membership clinics have shown, parallel public and private facilities rarely achieve the benefits they promise. While the arrival of PCRM did correspond to a reduction in wait times (estimates vary, but a drop from 14 months to seven months is cited by the Edmonton Journal), the number of people waiting remained the same. Similarly, there was no competitive advantage in terms of pricing: PCRM’s overall costs for IVF, for example, average hundreds of dollars higher than the fees at the RFWEC.

Despite claims by Royal Alexandra Hospital medical director Dr. Curtis Johnston that the costs at the two clinics were comparable, the public clinic operated on a cost-recovery model, while the private PCRM charges on a for-profit basis. According to Dr. Tarek Motan, one of the doctors at the RFWEC, many of his patients would not be able to afford the 20—25% higher fees at the private clinic. The PCRM also charges out of pocket for services that are covered in the public system, such as ultrasounds, adding to the costs borne by patients.

The anomalous situation of the RFWEC clinic highlights the push/pull effect of created by privatization: when PCRM opened in 2016, Friends of Medicare executive director Sandra Azocar predicted the “poaching” of physician and nursing staff: “The physicians that are there (at the public clinic) have been strongly urged to apply at this new clinic, as well as the nurses and front-line staff. Any time this happens we lose an incredible amount of resources that take years to develop in such a specific area.”

In a recent statement on the decision, Health Minister Sarah Hoffman indicated that the elimination of fertility services had been provoked by the loss of two of the RFWEC’s doctors to the private clinic—as predicted. Yet, according the minister and AHS, the decision to close the RFWEC will allow for more public resources to be focused on publicly insured services, such as cancer screening, fertility counselling, and endocrinology.

“AHS said the move can free up resources at the Royal Alex to enhance publicly funded services—including cancer screening and reproductive mental health—which are more in keeping with the health authority’s mandate,” Hoffman said in the statement.

There are significant holes in this argument, however, the most obvious being, where are these additional resources coming from? The public clinic has lost two doctors, and the other front-line staff specializing in fertility treatment (nurses, laboratory technicians) will either be redeployed to other positions in AHS or pointed towards the private clinic. There are now fewer human resources available.

As a financial or cost-savings argument, there is also little justification: as of November 30, the health minister has promised that any costs associated with transferring embryos or other biological samples to the private clinic will be borne by AHS. While it is ethically right to ensure that patients who are already in a highly vulnerable and emotional situation not of their making should not face additional costs, using public funds to facilitate this move does not support the minister’s claim to prioritize public health care.

The decision to allow a cost-benefit model of health to be commodified by a private system reflects larger cracks in our universal health care model that fail to protect the public at large, and spurs bigger questions about our health care system. With the demand for ART rising internationally, and one in six Alberta families suffering from infertility issues, the province is falling further behind on this discussion. Through a comparison of ART-funding models across Europe and the three Canadian provinces that have implemented them, we see the challenges of equitable access writ large: issues of cost, restrictions by age or relationship status, and the location of facilities can all act as barriers or as opportunities to expand access.

Today, Canadians rarely receive financial aid when undergoing IVF services. Alberta, along with the majority of provinces in Canada, does not provide financial support for IVF services, despite research indicating significant cost savings to the health care system and wider society. Ontario’s IVF policy covers one round of IVF and one preservation of DNA per patient, per lifetime. In 2010, Quebec led the way for equity-guided policy by covering all costs associated with IVF, but the scope of the program was significantly reduced in 2015.

The majority of European Union member states have designated IVF as a medical treatment and have made provisions within their national policies to partially or fully fund IVF. Progressive countries around the world are moving toward fewer obstacles and more equitable access for those seeking assisted reproduction. Alberta, on the other hand, appears to have missed an opportunity to do the same.

The ethical and equitable questions are not easy to resolve. Writing in 2013, medical ethicist Alana Cattapan outlined the lines of division even among those who support publicly funded health care: “Arguments in favour of a publicly-funded system rightly point out that the private-for-profit model is inequitable, and creates a two-tiered system in assisted reproduction. Yet, bioethicists, epidemiologists, and women’s health advocates challenge the legitimacy of providing public health care funds to reproductive technologies in the context of a health care system where each dollar, each doctor, and each hospital bed, is already overcommitted.”

Protecting public health care resources matters, but should the principles that provide the foundation of our public health care system be undermined in the process? With Edmonton’s closure of the IVF services at the Royal Alexandra Hospital we must ask the question: whose interests are being protected? Although AHS promises to cover costs associated with transportation, many of the patients received a notice last weekend indicating that they have six weeks to decide whether to transfer their stored samples to PCRM or another private facility; otherwise, preserved material will be destroyed. The increased cost and barriers to access at the new clinic are major determinants for families who are emotionally and financially invested in IVF.

The case of the not-quite-public fertility clinic exposes what appears to be a gap between the Alberta government’s definition of public health care and what needs to be protected and preserved, and the perception of the wider public about what should be preserved within our public system.

When both the Alberta Liberals and the Alberta Party position themselves to the left of the NDP on this issue, as evidenced by Alberta Party MLA Karen McPherson’s question to her former NDP colleague Hoffman, which charged that the government is "creating barriers instead of supports,” it raises important questions about whether the pragmatism of governing has overruled the NDP's principles.

In 2015, following the NDP's election victory, Premier Rachel Notley indicated that her government was considering ways to publicly fund fertility treatments such as IVF. But by 2016, like so many policies with the potential to address inequity, it was deemed not feasible due to the government's revenue crunch.

While the health minister continues to defend the move to the private clinic as a means of protecting and prioritizing public health care, many Albertans question whether this decision is actually preserving the values at the heart of our health care system. 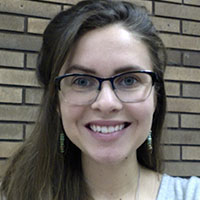 Kaity Doiron is a final-year student at the University of Lethbridge, where she is completing her degree in public health. Her area of concentration is in policy and promotion, which she hopes to pursue through a masters program in the future. During her practicum at Parkland Institute, she conducted research on health inequities and income inequality in Alberta, and also contributed to Parkland's 21st annual conference as an organizer and volunteer. Kaity will be graduating with CIS recognition as an academic all-Canadian for excellence in academics and athletics in the spring of 2018.