Can AIMCo Be Fixed? 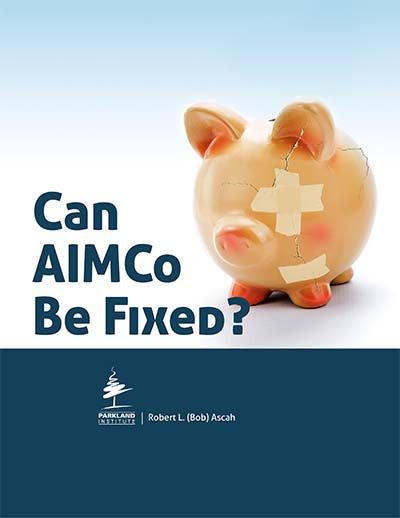 The pension security of over 460,000 Alberta workers and retirees depends on the investment management performance of a provincial agency called the Alberta Investment Management Corporation (AIMCo).

Trust in the governance of pension plans and in the investment management done on behalf of pension plan members and beneficiaries is critical to the pension bargain. Unfortunately, this trust has been seriously eroded through legislative and regulatory actions taken by the United Conservative Party (UCP) government. In late 2019, the UCP government swept Alberta teachers’ pensions under AIMCo’s management without consultation and removed the right of public sector pension plans to withdraw their funds from AIMCo. Neither of these actions were mentioned in the UCP’s spring 2019 election platform. In late 2020, AIMCo—acting through the UCP government—attempted to remove the discretion of pension boards in setting investment policies.

On top of these unusual moves, in April 2020 it was disclosed that AIMCo had lost over $2 billion due to a risky investment strategy known as volatility trading strategy (VOLTS). This large financial loss and the manner in which it occurred added to teachers’ and other public sector workers’ concerns about the competence of AIMCo’s board and management.

This report shows that AIMCo’s investment management performance overall has been less than satisfactory for its clients and when compared with most of its peers. Key research findings include:

A thorough rethink of AIMCo’s board of directors and ownership structure is required in light of the troubling actions by the UCP government, AIMCo’s poor performance as an investment manager in recent years, and the serious structural weaknesses of AIMCo. Trust is central to the pension bargain, but the current relationship between pension plan members, including retirees, and the Alberta government is one of mistrust.

Actions, not words, are required from AIMCo and the government to repair the damaged trust of the past two years. This report makes five policy recommendations to improve the damaged relationship between AIMCo and plan members and Albertans: