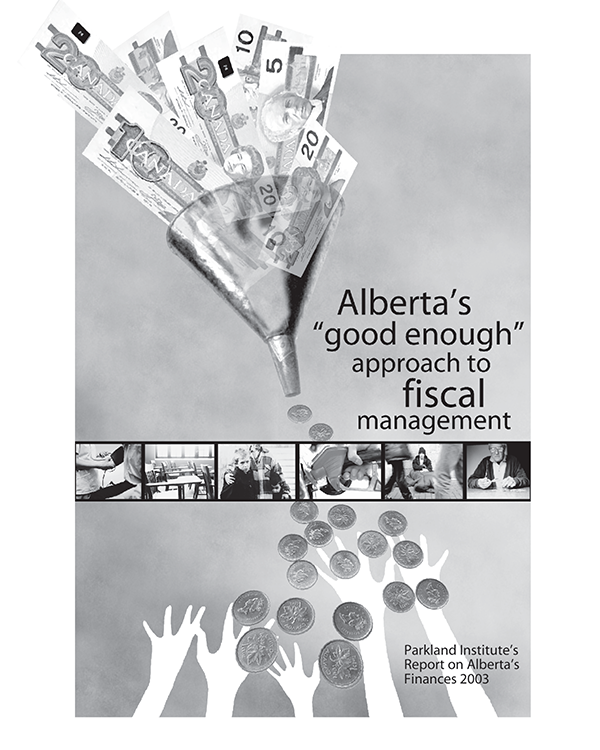 “Alberta’s ‘good enough’ approach to fiscal management” is the Parkland Institute’s annual pre-budget report on the state of Alberta’s finances.

The report examines in detail the province’s current revenue structure and recent expenditures with special concentration given to the areas of health, education, and social services.

The report also looks both at the government’s current plans to resort to Public-Private Partnerships, or P3s, to resolve a growing infrastructure crisis and, more generally, its current practices regarding fiscal accountability.

Finally, the report makes a series of recommendations regarding the government’s revenue sources, spending priorities, and accounting practices.

Based on the above points and analysis, and consultations with numerous experts in various fields, the Parkland Institute goes on to make a number of policy recommendations as the provincial government prepares its annual budget for 2003.

Albertans have a choice to make.  Like parents everywhere, they can be happy with their province remining an “under-achieving” student bringing home a “C” on his or her report card.  Or they can demand the province live up to its potential and bring home an “A.”  Sometimes, “good enough” just isn’t good enough – and that time is now.