This report analyzes and compares the record of recent NDP governments on health care in five provinces: Ontario, British Columbia, Saskatchewan, Manitoba, and Nova Scotia, with a specific focus on health care funding, hospitals, staffing levels, and labour relations. The report examines briefly the health care policies of the Alberta NDP government since 2015, highlighting useful points of intersection—and contrast—with the five provinces examined. Finally, the report suggests two broad lessons that may be taken by NDP governments in their policies and actions.

The report argues that the policies and actions of the NDP governments must be understood as the product of two opposing forces: on the one hand, the political and ideological pull of neoliberalism; on the other, the internal dynamics built up over time within each province—the traditions, values, and political alignments that constitute a political culture. The report shows that, while all five NDP governments adopted many of the economic and fiscal policies of neoliberalism, they also adapted to these circumstances in different ways that continued to shape the political terrain even after the respective governments left office. While this report deals specifically with health care, these two poles can be applied to understanding the NDP governments’ actions in other policy realms.

The report briefly examines the approach of social democratic governments before and after the rise of neoliberalism in the late 1970s. Having all but abandoned the notion of increasing state revenues through direct ownership or Crown corporations, and later agreeing to lower corporate and individual taxes, NDP governments often found themselves trying to square the fiscal circle of meeting public needs and demands with dwindling revenues, while also trying to hold true to social democratic principles. The report shows that government revenues and expenditures were generally higher after 1990 under NDP administrations than under non-NDP administrations. In the broad picture, however, the five NDP governments did not differ greatly from their Liberal and Conservative counterparts in either regard.

Examined individually, however, the five provincial cases exhibit some differences. As a proportion of total health care spending, public spending remained highest and steadiest in the three western provinces, no matter the party in office, and much lower in Ontario and Nova Scotia. Compared with each other, Saskatchewan and Manitoba also employed more health care staff, almost across the job categories, than did their counterparts in Ontario and British Columbia. But the pattern of labour relations in Manitoba (especially) was less conflicted under the NDP than in the other four provinces examined.

The record of the current Alberta NDP government reflects many of the same challenges faced by the five NDP governments examined and pits two approaches: that of either reforming or preserving the existing system. 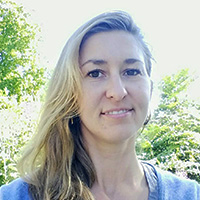 Larissa Stendie holds an interdisciplinary masters of culture, environment and sustainability from the University of Oslo, where her research focused a political ecology lens on Indigenous consultation (FPIC) and deliberative democracy within petro-states. Currently, Larissa is a consultant with Resilient Environmental Solutions and CleanTech Community Gateway, working with the T’Sou-ke First Nation on an affordable, culturally grounded, high-performance housing project. She is also involved in research and public engagement with the Canadian Centre for Policy Alternatives-BC (Corporate Mapping Project), One Planet Saanich, and Iron & Earth (board director).