A Time to Reap 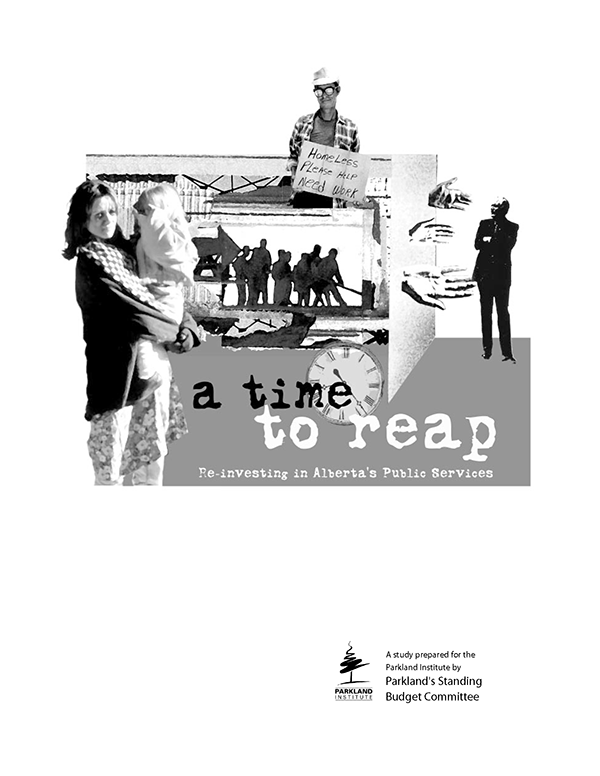 The government often appears stuck in yesterday’s rhetoric of a debt crisis, too willing to engage in pitched battles with its civil servants, teachers, and nurses; disregarding of the needs of municipalities; and unresponsive to the plight of the poor and homelessness.

Far from making genuine public reinvestments, the government seems more interested in maintaining low taxes - a policy that, as our report makes clear, has introduced instabilities into Alberta’s financial predictions and that, in terms of distributional fairness, is less progressive than in the past.

We are additionally concerned the government appears to see public services not as worthwhile in their own right, but rather as a “Greenfield” for private “entrepreneurs”; hence, for example, its continued interest in promoting and implementing P3s (public private partnerships). We fear, therefore, that Alberta’s abundant wealth will be spent on private profit-making or empire building, while placing the public interest at risk.

Concern about the 2003 Sustainability Fund: the fund may be used by the government as a means of sheltering surpluses, thus avoiding investments in crucial government programs.

In Alberta, an individual earning:

Per capita expenditures in real dollars on health and education in 2002-03 were back roughly to levels of the early and mid-1990s, before the cuts, but real spending on welfare remains extremely low.

A great deal could be done for many Albertans with scarcely a dent in government coffers; indeed, the case can be made that distributional fairness is also smart economics, and would further stimulate Alberta’s buoyant economy.

A similar case can be made for public services. The very wealthy can always purchase services in private markets. Lower and middle-income earners depend upon good public health care, education, and social services - not to mention drivable roads and safe communities. The circumstances of the very poor are offset by well-funded public services. Good - and affordable - public services make for a civil society. That is why they must be maintained and protected. That is why today in Alberta they require a genuine reinvestment. Will this occur?