Youth Crime and Justice in Alberta 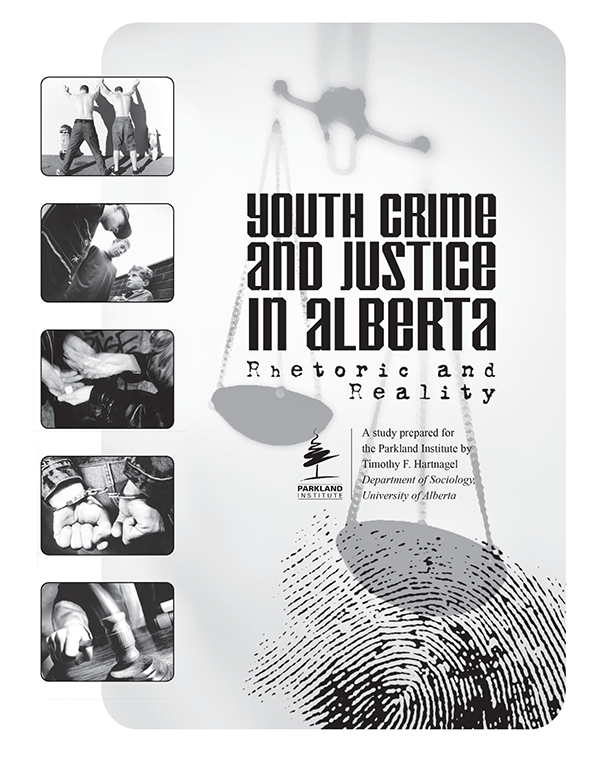 This paper reviews some of the recent political rhetoric and public opinion on the controversial subject of youth crime and how to deal with it, including the Young Offender’s Act of 1984 and the new Youth Criminal Justice Act. The paper also examines how accurately this political rhetoric and public opinion matches the available evidence regarding trends in youth crime and the workings of the youth justice system. It also discusses some of the characteristics of young offenders and the effects of the youth justice system. Finally, the paper provides some information concerning how we can better respond to the problem of youth crime.

As an example of how political rhetoric can cloud rather than clarify the real issues regarding youth crime and justice, the comments of various government leaders and politicians responding to the 1994 murder of Barb Danelesko in her Edmonton home are reviewed, along with the recommendations of various Alberta Government task forces and committees. With that as background, various public opinion polls on youth crime and justice topics are described and analyzed, demonstrating that the public knows little about crime and criminal justice generally, greatly overestimating the amount of violent crime and underestimating the severity of sentences actually given and the time actually served in custody. But there is also evidence that the public’s opinions on the youth justice system are more complex than appears on the surface and are not as punitive as some of the simple survey questions suggest.

Recent controversy over youth crime and justice is nothing new. For example, the Young Offender’s Act of 1984 took seventeen years to be enacted and continued to be the target of frequent criticism in succeeding years, much of which reflected fundamental differences in the explanations of crime that people attribute to young offenders. These differing views about the causes of crime and the appropriate ways of responding to it represent specific expressions of more fundamental and conflicting ideological assumptions regarding views of human nature, the degree of individual responsibility for behaviour, and the fundamental values of society. The debates surrounding the new Youth Criminal Justice Act continue to reflect these ideological conflicts.

Compared to public perceptions and fears, and much political rhetoric, the official crime data show that in the 1990s the number of youth charged by the police dropped 35%, although this was followed by a slight 1% increase in each of 2000 and 2001. Only a minority of youth are charged with violent crimes, much of which is relatively minor common assault directed at other youth. There has also been a downward trend in youth court caseloads, in part due to the increased use of police diversion and alternative measures for youth committing less serious crimes. Although the public seems to think that youth courts have become more lenient, the distribution of the most serious dispositions imposed by youth courts upon conviction has remained quite stable since 1992/93; and Canada places a higher proportion of young offenders in custody than does the United States, although the incarceration rate has declined in most jurisdictions in Canada in the last five years. Generally, then, there is a substantial gap between much of the rhetoric and the reality of youth crime and justice.

Longitudinal research has demonstrated that a small percentage of offenders commit a disproportionate amount of serious and repetitive criminal acts and has identified the risk factors associated with these offenders. These factors can be used to identify categories of children who have an elevated risk of becoming chronic and serious offenders as they age and to suggest the types of early and targeted prevention efforts of value in reducing such risk. Such efforts at the early prevention of crime are to be preferred to attempts to punish and/or rehabilitate older, identified offenders since research has shown that putting people into the youth justice system often does not stop future offending and can result in unintended negative consequences for many youth. Substantial cost savings may also be realized if sufficient numbers of chronic, serious offenders can be prevented early on from taking this life course. Examples of such early, targeted social prevention programs include home visits to infants by trained nurses to reduce child abuse and other injuries; certain types of preschool programs; family therapy and parent training about delinquent and at-risk preadolescents; and social competency skills curriculums in schools. The paper describes several such model programs that have proven effective in reducing adolescent violent crime, aggression, delinquency, and/or substance abuse. Since not all crime can be prevented, the paper also describes several programs for responding to youth crime for which there is some evidence of effectiveness, such as Family Group Conferences and Youth Justice Committees.

Youth crime and justice in Canada is certainly an important issue that requires serious attention, but it is hardly the crisis that some would have us believe. Much depends upon how the new Youth Criminal Justice Act is actually implemented. Even the best validated programs will not succeed if not adequately funded and faithfully implemented by competent staff. Stable, long-term funding of well-established and validated model programs is required. So is a change in the focus of a number of politicians and the media from the exceptional crimes and punitive responses which exaggerate the threat to the public, distort public knowledge of and opinions about youth crime and justice, and limit the feasible options for public policy. A failure to alter the usual political rhetoric surrounding youth crime and justice obscures the reality in this area and will contribute to an on-going cycle of controversy that does little to advance efforts at effective crime prevention.

Timothy Hartnagel is professor emeritus in the Department of Sociology at the University of Alberta. He is the editor of the text Canadian Crime Control Policy (1998, Harcourt Brace), and the co-author of Fractured Transitions from School to Work (1995, Oxford University Press). He has also published widely in professional journals, including Criminology, Journal of Research in Crime and Delinquency, Canadian Review of Sociology and Anthropology, and the Canadian Journal of Criminology. He twice been appointed as a visiting fellow at the Institute of Criminology at Cambridge University.