A New Paradigm for Health Equity in Alberta

It is well known that health and well-being are importantly influenced by the conditions in which we are born, grow, live, work, and age, including the quality and integrity of our natural environments.

These are the social and ecological determinants of health.

The unequal distribution and quality of those conditions create health inequities: differences in health and well-being between social groups that are unfair because they are avoidable.

These health inequities have always existed, but the COVID-19 pandemic has made them especially obvious in the form of significant — and non-arbitrary — variation in who is most at risk of contracting the virus, getting sick, and dying, as well as who is also most negatively impacted by public health measures to contain spread.

Despite significant scientific evidence on the importance of social and ecological determinants of health, that knowledge is not well mobilized.

Poor mobilization reflects, on the one hand, the broad and substantive societal challenges which constitute the Parkland Institute’s raison d’être: an intellectual and political climate in which “the language and assumptions of the marketplace have expanded corporate power and challenged the role and ethos of the public sector and the commons.”

It also reflects challenges associated with the concept of health itself. There is a pervasive tendency, among members of the public and politicians, to adopt a narrow version of health and its determinants, which (incorrectly) positions solutions to health problems as falling to individual behaviours or to the health care system.

We need a different approach, an approach that connects the dots between health and well-being on the one hand and its social, economic, and ecological determinants on the other.

A well-being economy is an economy that pursues human and ecological well-being. It re-imagines the purpose of society to one that enshrines quality of life and the sustainability of the planet over material production and consumption.

A well-being economy represents a significant departure from our current economic model of neoliberal capitalism, which pursues a narrow vision of economic growth through deregulation, low taxes, privatization, globalization, and minimal government support for initiatives that benefit the public good.

It is increasingly obvious that neoliberal capitalism does not support the well-being of people and the planet. The benefits of economic growth accrue mostly to those who already have high levels of income and wealth, while incomes at the bottom have stagnated. This leads to widening income and wealth inequality, which is toxic to societal well-being.

Our narrow focus on economic growth has led to ecological degradation on a massive scale. This is because our current system does not incorporate the benefits of nature to society, but rather permits and even encourages activities that destroy our ecosystems.

Although the ideas underpinning a well-being economy are not new, they are gaining international momentum. One example is the recent formation of the Wellbeing Economy Alliance (WEAll), a global collaboration of organizations, alliances, movements, and individuals working together to transform the economic system into one that delivers social justice for a healthy planet. WEAll’s Wellbeing Economy Governments partnership (WEGo) provides a forum for sharing of expertise and transferrable policy practices. Members of WEGo include the governments of Scotland, Finland, Iceland, Wales, and New Zealand; others are following their lead.

New Zealand tabled a well-being budget in 2019, making it the first country in the world to do so. The budget is underpinned by the recognition that “just because a country is doing well economically does not mean all of its people are.” While there has been criticism that New Zealand’s approach does not go far enough in some ways, there is recognition that it nonetheless encourages important conversations about the type of society we wish to have, which is a start.

In 2015, Wales passed a Well-Being of Future Generations Act, which requires public bodies, with the guidance and support of the Future Generations Commissioner (who is independent of government), to think about the long-term impacts of their decisions and to work to prevent persistent problems such as health inequalities and climate change. This legislation, described as world-leading, is already shaping planning and policy.

In Canada, some pertinent initiatives include the Well-Being Economics Alliance for Canada and Sovereign Indigenous Nations; the federal Liberal government’s Quality of Life framework included in the April 2021 federal budget; and the important work toward a GDP-Alternative in British Columbia that centers First Nations concepts of well-being.

In Alberta, provincial governance — including fiscal policy — does not presently align with scientific evidence about the social and ecological determinants of health. This leads to avoidable, and expensive, health and social problems.

A recent report by well-being economist Mark Anielski and colleagues considers failure demand in Alberta, which is the cycle where the pursuit of economic growth causes harms to people and the planet, which in turn requires governments to spend money to try to fix those harms. The report identifies avoidable damages incurred through economic choices — guided by the current purpose and structure of the economy — in interrelated domains of paid work, housing, and the environment. It conservatively estimates the financial impact of these choices for Alberta at more than $380 billion, including societal costs of poverty and low-pay, low-quality, and insecure work; inadequate housing and homelessness; outstanding oil and gas sector reclamation; health impacts of air pollution; and weather-related disasters.

As Anielski argues elsewhere, failure to account for these dimensions of well-being is “simply poor accounting.”

Inspiration for solutions may be drawn from the alternative budgeting tradition: a collaborative ‘what if’ exercise and action plan that began in Canada in the early 1990s, which aims to demonstrate what a government could do if it were truly committed to an economic, social, and environmental agenda that reflects the values of the large majority of Canadians as opposed to the interests of a privileged minority (in other words, a well-being agenda).

An Alberta Alternative Budget was created in 2019. As summarized by Nick Falvo, the initiative’s editor, the budget identified spending initiatives aligning with a fair vision for the province (e.g., improvements to child care, K-12 education, and employment quality and safety) and a plan to finance them (e.g., adopt a tax structure similar to other provinces; implement a sales tax that is harmonized with the federal GST).

In contrast to the neoliberal slogan that proposes “There is no alternative” to the current economic system, the alternative budgeting tradition illustrates, in a concrete manner, that there are indeed alternatives that are feasible and privilege the well-being of people and the planet.

A major challenge to a shift toward a well-being economy is the power — created and perpetuated under neoliberal capitalism — of the financial sector, which is interlocked with the fossil fuel sector.

One way to begin to reign in that power is through public banking. A recent report from the U.S.-based Vance Centre for International Justice in collaboration with the New Economy Project summarized the results of a comparative survey of seven public banks around the world, including one in Alberta: ATB Financial, which was established by the provincial Social Credit government in 1938 in the context of the Great Depression. ATB Financial has unique (distinct from traditional private banks) arrangements, including ownership (it is wholly owned by the Province of Alberta), regulation (it is regulated under its own regime, the Alberta Treasury Branches Regulations), governance (it is governed by a Board of Directors that is appointed by the Lieutenant-Governor in Council and must meet criteria of independence), and accountability (it must provide a business plan and annual report, which are made public).

Unlike the broader financial sector under neoliberal capitalism, public banks have public missions, deliver services to address unmet local needs, and promote independent and transparent governance. They therefore represent a mechanism to tackle the regime of obstruction of fossil-capitalism and to underpin a well-being agenda that benefits all Albertans.

The time is now

We have known for some time that, to tackle health inequity, we must improve daily living conditions and address the inequitable distribution of power, money, and resources.

Although the COVID-19 pandemic has pushed public health into the spotlight, it has also perpetuated a narrow version of public health, focused on communicable disease control led by the health-care system. It is time to embrace a broader vision of public health — one that reclaims its historical focus on the root causes of poor health and health inequity.

A well-being economy represents one way to pursue that vision. It would mean a radical shift. It would require overcoming three major challenges identified by scholar and visionary Alex Himelfarb: 1) stunted political imagination (acceptance of incrementalism), 2) the dominant fiscal narrative of tax and deficit phobia, and 3) “it’s not our jurisdiction” – the challenges of federalism.

For the sake of the health and well-being of our people and the planet, we must overcome this inertia and embrace transformative change. The time is now. 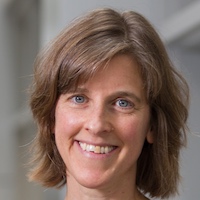 Lindsay McLaren, PhD, is a professor in the Department of Community Health Sciences and the O’Brien Institute for Public Health at the University of Calgary, where her research and teaching focus on healthy public policy and social determinants of health. She is also a research associate with the Canadian Centre for Policy Alternatives, National Office.