The Supreme Court battle we should all be paying attention to

A critical court case that pits the interests of creditors against the environment has largely fallen outside the public’s radar since it first began in late 2015. Following a May 2016 ruling in favour of the company’s creditors, the legal battle surrounding Redwater Energy Corporation is now likely to advance to Canada’s Supreme Court, bringing with it the question of whether Canadian taxpayers will be left to foot the bill of cleaning up Redwater’s toxic mess.

While the case pertains to one oil company, it has the potential to set precedence for industries across the country—creating a legal climate in which pulp and paper companies, mining corporations, and oil and gas firms of all sizes can write-off projects, pay off lenders and corporate executives, and dump their enormous environmental liabilities onto everyday citizens.

The case is understandably complex, so here’s a rundown of the state of oil and gas wells in Alberta, what’s happened in the case so far, and why we all ought to be paying closer attention.

Oil and gas wells are ubiquitous throughout the province of Alberta, and have been for decades. Of the 180,000 wells currently in operation in the province, 83,000 are classified as “inactive wells,” meaning they’re still owned but have ceased operations due to technical or economic reasons.

In 2014, the number of wells classified as "orphaned"—i.e., those with no solvent entity to carry out abandonment and reclamation—stood at 162. A year later, that number had grown to 768. By March 2017, Alberta’s inventory of orphan wells had reached 2,084, and the latest count, recorded in October 2017, puts the number at more than 3,700 wells and well sites.

To cushion itself from the potential financial risks of environmental cleanup, the government of Alberta requires oil companies to have enough funds or assets to decommission their own sites. The Alberta Energy Regulator (AER)—a powerful and controversial regulatory body largely funded by industry—oversees the life cycle of energy development in the province and determines both the orphan levy it charges from well licensees, as well as the security deposits each company must contribute to cover its individual environmental liabilities.

The orphan levy is funnelled into the Orphan Well Association (OWA), which works to decommission and “reclaim” the land around old orphan wells—essentially, serving as the province’s cleanup crew. Established under former premier Ralph Klein, the industry-funded OWA is intended to be a last-resort cleanup solution to reclaim wells left behind by insolvent companies. The orphan levy is thus determined based on the predicted operating budget of the OWA, which is directly correlated to the number of oil companies filing for bankruptcy at any given time.

The Licensee Liability Rating (LLR), however, is what’s supposed to prevent reliance on the Orphan Well Association to begin with. The AER uses the LLR system to determine the security deposits a company must contribute to cover some of the costs of abandonment and reclamation that are passed onto taxpayers from bankrupt licensees. But as independent researcher Regan Boychuk puts it, the LLR serves “as a multi-layered charade that has cloaked Alberta’s growing mountain of environmental liabilities for more than 15 years.” By grossly overestimating the value of oil and gas assets in the province and excluding over 400,000 kilometres of pipeline from the calculation of liabilities, companies are left largely off the hook for covering even a small portion of their total environmental liabilities when they walk away from projects. Instead, the government—and by extension, taxpayers—are the ones left to shoulder the costs of environmental destruction.

In response to the flood of bankruptcies triggered by the mid-2014 drop in crude oil prices, the Alberta government announced in May 2017 that it would provide a $235 million loan to the Orphan Well Association to accelerate the provincial cleanup effort. Two months earlier, the federal government earmarked $30 million for well cleanup, which will cover the interest costs on the $235 million loan. Premier Rachel Notley claims the loan is still in keeping with "the polluter-pays principle" and expects that in doubling the annual orphan levy, the association will be able to pay it back over the next decade. The loan is set to create up to 1,650 new jobs in the province, which will hopefully serve to increase the dismal speed at which the OWA has been closing wells in the province. In 2016, the OWA closed only 185 wells and as of June 2017, has only received closure on 695 reclamation sites in its 15-year lifespan.

What is the Redwater Legal Case?

In the absence of strong industry accountability measures, the trend in Alberta has been for environmental liabilities to be passed down to smaller and smaller firms, resulting in companies like Redwater being left responsible for abandonment and reclamation efforts they can’t afford. As a result, these smaller companies have increasingly become defunct or insolvent, leaving thousands of decommissioned wells, pipelines and facilities in the OWA’s growing inventory.

This is exactly what happened to small Alberta-based Redwater Energy Corp. when it was forced to declare bankruptcy in October 2015 and became embroiled in a court case of national significance. Redwater Energy Corp. was founded in 2009 and engaged in the acquisition, exploration, development, and production of oil and natural gas assets in Western Canada. With its headquarters in Okotoks, Alberta, the junior company focused on developing light oil opportunities in the province. Prior to declaring bankruptcy, Redwater held licenses for 91 wells located in Redwater, Fairydell-Bon Accord, Westlock, Norris, and Panny areas of Alberta.

The Redwater Legal Case (Redwater Energy Corporation (Re), 2016 ABQB 278) has seen successive court rulings side with federal laws that protect the interests of creditors over the environmental cleanup under Alberta’s provincial environmental law. At the root of the case is a simple question: If a producer declares bankruptcy, what takes priority: environmental liabilities or creditors?

The case was first heard in the Court of Queen’s Bench of Alberta in May 2016. The case examined the intersection between the provincial government’s oil and gas regulations and the federal government’s bankruptcy and insolvency laws. The court was charged with examining whether the provincial regulatory regime under the Oil and Gas Conservation Act and the Pipeline Act conflicted with the federal Bankruptcy and Insolvency Act.

How did the case unfold?

A few months prior to Redwater’s declaration of bankruptcy, the company’s principal secured lender, Alberta Treasury Branches (ATB Financial), demanded repayment of its loans and applied to the court for an order appointing a receiver. On May 12, 2015, the order was granted and a receiver of the assets was appointed.

The receiver liquidating the company, Grant Thornton LLP, argued that it should be able to sell Redwater’s best wells while leaving the remainder for the Orphan Well Association to clean up. So, following its appointment, Grant Thornton conducted an assessment of Redwater’s licensed assets and advised the AER that of the 91 wells that Redwater held licenses for, it would take possession of only 20 wells and their associated facilities and pipelines. This would mean that secured creditors would be repaid before the cleanup costs were covered. In leaving the less economical assets to the Orphan Well Association, precedent would be set for government—and ultimately taxpayers—having to empty their pockets to recover and reclaim Redwater’s toxic mess.

On the other side of the legal case, the AER asked the receiver to set aside enough money in the receivership of Redwater to pay for the abandonment costs of the company’s wells.

On May 17, 2016, the Alberta Court of Queen’s Bench released its decision in the case. It sided with the receiver, Grant Thornton, sending a clear message to oil and gas companies that they needn’t worry about the legal liability of responsibly abandoning their own wells. As Boychuk puts it, “The Redwater decision was the culmination of two decades of the industry downloading its risk, and of legislators effectively rendering polluters and their bankers immune from the environmental consequences of their profit.”

Recognizing the enormous liability this would impose on the Alberta government, the AER proceeded to appeal the case at the Alberta Court of Appeal. On April 24, 2017, in a 2-1 ruling, the Alberta Court of Appeal upheld the lower court’s decision. In her dissent, Justice Martin noted that, “The implications [of this decision] for the regulation of Alberta’s publicly owned resource, and for the Alberta public, are significant.” Further arguing that the existing system changes the “polluter pays” policy to a “third party pays” system, foisting the costs onto everyday Albertans.

Given the precedent-setting nature of the case, in July the AER asked the Supreme Court of Canada to review the ruling. The AER’s request for appeal has been backed by both the BC and Saskatchewan governments and has been supported by the Farmers’ Advocate Office, as well as the Dene Tha’ First Nation. The Supreme Court is set to hear the leave to appeal argument in the coming months, and the AER has already filed an application for an expedited appeal if leave is granted.

If the Redwater case advances to the Supreme Court, and if the Supreme Court sides with previous court rulings, the AER will likely respond by increasing the orphan levy imposed on well licensees. However, a portion of the expense will inevitably fall to the provincial government, and thus to taxpayers. But if the Supreme Court decides to reverse the decision, it will create hesitancy among lenders. Financial institutions will likely respond by tightening their purse strings as they begin pricing the risk into new loans made out to the industry.

This case has consequences that reach far beyond one small energy company. The Redwater case could act as precedent in other provinces, which makes it likely that it will be heard by the Supreme Court of Canada. If the previous rulings are upheld, it will send a clear signal to natural resource companies’ creditors that bankrolling fossil fuel infrastructure, mining projects, and pulp and paper mills without accounting for clean-up costs is not only acceptable, but encouraged in a legal climate where the public—not the polluter—pays. 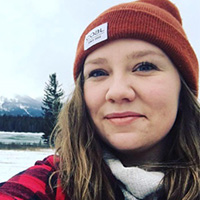