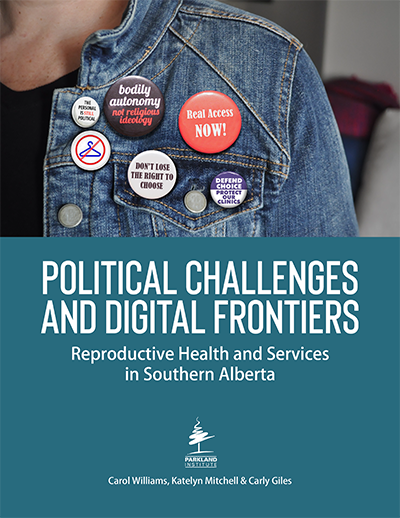 Within a global context of the resurgent political right, mens’ rights movements, and neoliberalism, reproductive health services and reproductive justice are under political threat. American states like Ohio and Alabama made news this spring for passing fetal heartbeat laws and near-total abortion bans. In Canada, debates around social issues are consistently polarized along political lines. In Alberta, as discussed in the papers that follow, the new United Conservative Party (UCP) government includes cabinet ministers with histories of anti-abortion activism.

The three papers in this report, which emerge from a 2015 Parkland Institute faculty research award won by the University of Lethbridge’s Dr. Carol Williams, chronicle the challenges to reproductive health, access to contraception, and access to abortion in Alberta in 2019. They chart the history of reproductive justice and health in Canada and Alberta, and survey emerging trends. Collectively these reports foreground not only how attitudes on the matter of reproductive autonomy have evolved or been popularized, but also forced onto the political agenda by the resurgence of “anti-abortionist” rhetoric.

The first paper, “‘Reproduction Matters’—A Southern Alberta Case Study” introduces the contested landscape of reproductive health in southern Alberta. Author Carol Williams provides a summary of the history of reproductive politics in Canada, and the tools deployed to contest access to health services by a national and regional anti-abortion movement. The paper emphasizes the roles that inadequate sex education, restricting access to comprehensive reproductive health services, and the inequalities faced by women in paid labour and the public sphere play in undermining reproductive justice. The issue of access to medical and surgical abortion is centrally motivated by the inordinate spotlight cast on abortion by religious conservatives, especially south of Calgary. The report discusses the risky and underreported activism accomplished by feminist reproductive justice movements in Alberta—work that many Albertans never learn about. Williams enumerates the political, legal, and media challenges to reproductive self-determination gaining steam in recent years, and concludes by specifying the political, educational, and pastoral tactics employed by the anti-abortion movement to acquire wide-ranging power and support.

The second paper, Katelyn Mitchell’s “Access in Alberta: Understanding Barriers to Abortion and the Role of Crisis Pregnancy Centres,” describes social and political barriers those seeking advice or counsel face when attempting to make a decision on an unplanned pregnancy, with a specific focus on the role of Crisis Pregnancy Centres (CPCs). Whereas most clinically based public health service providers aspire for neutrality, Mitchell explains that CPCs are polemical or ideologically charged, and recruit those in need of guidance regarding pregnancy options. Notably, abortion as one available option is never fully described or explained on CPC websites. As Mitchell contends, CPCs perform a disservice to pregnant persons by removing their ability to make fully informed, autonomous, or independent decisions.

In the final paper, “New Terrains of Anti-abortion Activism: Men and Social Media,” Carly Giles reviews how conservative social media platforms directed at male consumers deliver anti-abortion messaging across national borders and constituencies. These digital outlets are frequently committed to the export of communication strategies hostile toward feminism as well as opposed to reproductive health and services. Giles conclusively shows how, in a province lacking comprehensive sex education at all tiers of the school curriculum, the internet has emerged as a premier—or sole—source of information about sex and reproduction for young people.

Although grounded in the particular political and health care landscapes of Alberta, these three papers intersect with national and global discussions around reproductive justice and access to health services for all.

In spring 2019, Katelyn Mitchell was awarded a master's degree in the University of Lethbridge’s Cultural, Social, and Political Thought program, having received her BA in Sociology with Great Distinction in 2016. She also contributed to Dr. Claudia Malacrida's "Childbirth & Choice" and "Eugenics to Newgenics" projects during her time as a research assistant at the University of Lethbridge. Mitchell's own research focuses on the experiences of women who have sought abortion services and information in the context of southern Alberta, and she has presented on this topic for various academic and public audiences.

Carly Giles began her educational career at the University of Lethbridge in 2013, hoping to pursue a social studies teaching profession. However, through health science electives and courses such as Liberal Education and Women and History, Giles fell in love with issues relating to health care laws, access and equity and switched majors to Public Health, graduating with a Bachelor’s of Health Sciences in 2018. In 2017, Giles began studying the under-profiled issue of male-centered online anti-abortion content, which she presented at the 2018 Congress of the Social Sciences and Humanities at the University of Regina. Giles started law school at the University of Alberta in fall 2019, hoping to focus on health care law and ways to increase crucial health care access and equity for all Albertans. 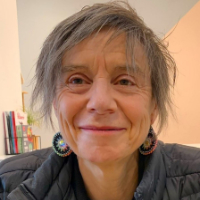 Carol Williams is director of the Centre for Oral History and Tradition and professor of Women and Gender Studies at the University of Lethbridge, Treaty 7 Territory. Publications include the edited collection, Indigenous Women: From Labor to Activism (2012); Framing the West: Race, Gender, and the Photographic ‘Frontier’ (2003); “Reproductive self-determination and the persistence of “family values” in Alberta from the 1960s to the 1990s” in Compelled to Act, eds. Carter and Langford (2020) and “Residential School Photographs: The Visual Rhetoric of Indigenous Removal and Containment” in Out of Bounds: Photography and Migration, ed. Sheehan (2018).