There are hundreds of thousands of inactive and abandoned oil and gas wells across Canada, some of which have been deemed as orphans—wells that have been left without decommissioning or cleanup after an oil and gas company is no longer financially capable and/or has gone bankrupt. These wells, alongside other aging oil and gas infrastructure, present human health and environmental risks through surface, soil, and groundwater contamination, as well as leakages of methane gas, a potent greenhouse gas emission. The growing issue is also a result of decades of poor regulation and a failure on part of provincial governments in upholding the ‘polluter pays principle,’ the generally accepted practice that the producers of pollution should be the ones to bear the costs of managing it, removing it, and returning landscapes to their prior functioning.

Presenting positive environmental outcomes alongside job security for struggling oil and gas service workers, well cleanup and reclamation has also been touted as a promising avenue for both COVID-19 emergency measures and the post-pandemic recovery. On April 17, 2020, five weeks after the World Health Organization (WHO) declared COVID-19 a global pandemic and with the country’s economy dropping more than one million jobs during the previous month, the Canadian federal government announced new job support measures as part of Canada’s COVID-19 Economic Response Plan. These measures, intended to help stabilize the economy and provide support for individuals and businesses facing pandemic related hardship, included $1.72 billion toward the cleanup of inactive and abandoned (including orphaned) oil and gas infrastructure across the western provinces. The Government of Alberta received $1 billion of this funding.

With a focus on the province of Alberta, this report presents an early assessment of the federal funding of oil and gas cleanups disbursed as part of the COVID-19 Economic Response Plan and the degree to which the federal funding channelled through the provincial government was allocated effectively and efficiently in ways that are compatible with positive social and environmental justice outcomes.

The Site Rehabilitation Program
The growing problem of inactive and abandoned wells is exceptionally pronounced in the province of Alberta. While British Columbia has approximately 16,000 inactive and abandoned wells, and Saskatchewan around 75,000, estimates from the Alberta Energy Regulator put Alberta at approximately 168,000. On April 24, 2020, one week after the federal government announced funding for the cleanup of abandoned and inactive oil and gas wells, the Government of Alberta set up the Site Rehabilitation Program (SRP) to administer the $1 billion it would receive. The SRP provides grants of between 50 to 100% of costs for well, pipeline, and facility closures and reclamations. This funding goes directly to oil field service contractors rather than the oil and gas producers who own the infrastructure, and explicitly does not include work on orphaned sites.

To date, the SRP has introduced six application periods totalling $800 million of the $1 billion, each with specific targeted priorities and application criteria. Periods 1 and 2 targeted the cleanup of sites where
producers were experiencing financial difficulties, Periods 3 through 5 assigned funding allocations for work contracted with active producers in the province based on varying criteria, and Period 6 specifically funded sites on Indigenous lands.

GENDER EQUITY
• In Alberta, the provincial government was quick to issue federally funded job supports for traditionally male occupations, as with the federal funding for oil and gas cleanups through the SRP. However, the government lagged in those that were targeted toward female-dominated sectors and occupations.

INDIGENOUS PARTICIPATION
• Within the SRP, 10% of the $1 billion funding was allocated toward oil and gas cleanups on Indigenous lands. This is a critical starting point toward reconciliation and environmental justice.
• Efforts within the design of the SRP to increase the participation of Indigenous people included incentives for producers to contract with Indigenous businesses. In funding Periods 4, 5 and 6 totaling $500 million to date, Indigenous contractors were given priority by stipulating that projects may be grant funded 100%—as opposed to only 50%—if the contractor qualifies as an Indigenous company. A review of quarterly grant disclosure data released by the Government of Alberta and representing the first seven months of the program gave little evidence that this measure is resulting in a meaningful increase in Indigenous participation.
• The SRP was said to prioritize Indigenous involvement by offering a platform through which Indigenous community members and landowners could nominate sites for cleanup. As of March 2021, less than 1% of all well abandonments completed between May 2020 and March 2021 were Indigenous nominations. These represent only 5.5% of the total number of sites nominated by Indigenous community members to date.

GHG EMISSIONS AND ENVIRONMENT
• To the extent that the SRP successfully incentivizes abandonments of well sites in Alberta, there will be methane emissions reductions, however these are not included as an internal performance measure in the program nor are they being tracked.
• The SRP has no means of prioritizing wells based on environmental risk, instead targeting sites that relieve financial obligations of the Government and the oil and gas producers in the province.

JOB CREATION AND SITE CLEANUPS
• Despite intentions to uphold the ‘polluter pays principle’ by giving grants to contractors rather than oil and gas producers, funding for cleanups that are the legal responsibilities of producers do amount to a displacement of corporate dollars that should have otherwise been spent on the activity.
• Overall, without sufficient public information, it is difficult to assess the extent to which public funding is simply replacing what otherwise would have been industry spending. With this being said, the announcement of the SRP brought a near-complete work stoppage in cleanup activity as companies awaited grant funding, and a suggestive comparison can be made between spending on well cleanups through the SRP and the year prior. Between April 2020 and April 2021, the funds approved through the SRP ($363.2million) were not drastically different from investments made by industry in 2019 through the voluntary Area-based Closure Program ($340 million representing 70% of all industry activity).
• The stated goal of the SRP was to create 5,300 jobs. If this is met, funding of $1billion will create 5,300 jobs at $188,680 per job. This is $41,800 more per job than money injected into the industry through the Orphaned Well Association to do similar work in 2018. There has been no clear explanation from the Government of Alberta why the public dollars to create one job are higher in the SRP program.
• The Government of Alberta can report partial success in achieving job creation targets. As of April 30, 2021, the Government of Alberta reported that more than 500 Alberta-based companies had received grant funding through the program, leading to the creation of approximately 1,740 jobs. If a consistent ratio of labour hours to grant dollars awarded is assumed for the remainder of the program, this puts total job estimates at 4,792, which is roughly 90% of the goal, but 500 jobs short of government expectations. Many of these jobs may have existed in absence of the program.
• Funds distributed in the first seven months of the program were also highly weighted toward a small number of contractors who were successful in their applications, with 23% of the total amount of funds disbursed going to only five companies out of the 363.

ISSUES OF TRANSPARENCY
• There have been several inquiries on part of journalists and public policy research institutions since the roll-out of the COVID-19 Economic Response Plan that suggest oil and gas lobbyists heavily influenced the design of programs. In Alberta, this is reflected in high payouts to some of the biggest oil and gas companies in Canada.
• More than one-fifth of the funds slated toward sites owned by specific companies were allocated to only one company, Canadian Natural Resources Limited. More than half of the $500 million of traceable funds was allocated to 15 companies, serving to relieve these companies of their environmental liabilities.
• A lack of transparency hinders the public from assessing policy decisions and programs like the SRP. Data around the SRP and industry activity presented both barriers to availability and usability. Performance measures used to assess the program internally are at this time not publicly available nor are the locations of sites being cleaned up under the program. Potential emissions reductions are not being measured.

Recommendations and Opportunities
Actions targeted toward the cleanup of the oil and gas sector hold promise in addressing a growing environmental threat while increasing employment for oil and gas workers. The following recommendations are meant to ensure that when public dollars are utilized, they are better leveraged toward public benefit.
• Before public funding is considered as a viable solution for oil and gas cleanups, regulation needs to ensure that cleanup liabilities are accounted for on the balance sheets of companies and that adequate funding is secured to cover these costs. Federal oversight is likely required to ensure that the Government of Alberta’s new Liability Management Framework is equipped to hold industry responsible for environmental liabilities.
• Federal funds disbursed to provinces should demand accountability to federal standards or require the implementation of demonstrably stronger regulations.
• Public funding toward oil and gas cleanup should allocate a portion of the funds directly to Indigenous communities, who are best able to evaluate risk and set priorities on their own lands.
• Oil and gas cleanup programs should prioritize sites based on environmental risk while allowing for public participation and meaningful community engagement.
• Programs should consider and publicly report on both the quality of jobs being supported through the funding and who these jobs are benefiting. Governments should also track and publicly provide the necessary information for program assessment, including the public disclosures required to assess where private sector spending is being replaced by public funding. 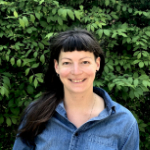 Megan Egler is a contract researcher with the Parkland Institute, a PhD graduate fellow at the Gund Institute for Environment at the University of Vermont, and a scholar-activist. Her current research in ecological economics explores materiality, narrative and identity in energy futures and just transitions with a focus on the reclamation and reuse of fossil fuel infrastructures and landscapes. She completed her undergraduate degree at the University of Alberta in environmental science and holds an MSc in food, agriculture and resource economics from the University of Guelph.