Who owns and benefits from Canada’s fossil-fuel sector?

Canadian interests, including banks, may now own and control a substantial share of the sector, yet rather than representing the national interest of Canadians, these owners pursue their own interests in maximizing immediate profits from extracting and processing fossil fuels.

Many Canadians, politicians and business people in particular, are quick to tout the value of the fossil-fuel sector to our national economy. But who primarily benefits from these industries?

The major investors in Canada’s fossil-fuel sector (oil, bitumen, gas and coal) have high stakes in maintaining business as usual, rather than addressing the industry’s serious climate change issues.

Our just-published Corporate Mapping Project report, Who Owns Canada’s Fossil-Fuel Sector? Mapping the Network of Ownership and Control, shows that substantial ownership and strategic control of our fossil-fuel sector is in the hands of a few major players. These shareholders have both an interest in the sector’s continued growth and the economic power to shape its future.

The powerful interests that dominate fossil-fuel activities in Canada include:

Canadian interests, including banks, may now own and control a substantial share of the sector, yet rather than representing the national interest of Canadians, these owners pursue their own interests in maximizing immediate profits from extracting and processing fossil fuels.

Shareholdings, however, are not the only capital relations between high finance and big carbon.

Canadian banks are major lenders to the fossil-fuel sector. To illustrate the scale of the loans, consider that from 2017 until the federal government purchase in May 2018, the Kinder Morgan Trans Mountain Pipeline expansion project had a $5.5-billion loan facility agreement with the five Canadian big banks. Without such financial enablement, megaprojects such as the proposed pipeline could not be mounted.

The urgency to respond to climate change cannot be understated. We agree with the leading divestment group 350.org that financial institutions must end lines of credit and project loans for fossil-fuel infrastructure like new pipelines and fracking drill rigs. This, in effect, would keep the carbon in the ground. Even Suncor, the second-largest producer of fossil fuels in Canada, acknowledges that some reserves are best left underground.

Our report maps the ownership network and interests of fossil-fuel companies in Canada, revealing who the key players are and how their stakes are configured. This is information that we are pleased to add to the literature about the urgency to respond to climate change before it’s too late. 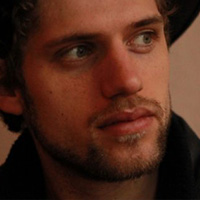 M. Jouke Huijzer worked as a research assistant for the Corporate Mapping Project at the University of Victoria in the fall of 2015. Currently he is pursuing a PhD at the Vrije Universiteit Brussel. 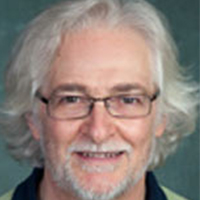