Alberta’s oil sands industry is often touted as driving the economy of both the province and Canada as a whole. However, Indigenous people in the oil sands region do not necessarily reap the benefits of the industry due to limited land rights, limited access to economic development, and marginalization in the labour market.

While there is research on the educational and training barriers for Indigenous peoples in the oil sands region, and on the unequal participation of Indigenous people in the authority structures and labour markets of the oil industry, very little is known about the impacts of those unequal arrangements on gender relations of Indigenous families and communities. Significant knowledge gaps exist in the social science research in the oil sands region:

This report aims to help address these three knowledge gaps about the experiences of Indigenous oil workers by presenting a case study of Wabasca, an oil-dependent community located between Edmonton and Fort McMurray in the Athabasca oil sands deposit. Specifically, our case study focuses on the lived experiences of Indigenous working families in the oil industry and how working conditions impact families and gender relations.

This report presents an analysis of a mixed-methods study in which we used an Indigenous decolonizing research methodology complemented by the use of labour market statistics. Our study is predominantly a qualitative study of interview data, but these quantitative data enable us to comment on the gendered and racialized aspects of Alberta’s overall labour force and of Alberta’s oil-related jobs. We use an intersectional analysis; that is, we simultaneously examine gender, race, class, colonization, family, and work in the lives lived by Indigenous working families, and how the lives of these families are affected by broader political and economic relations.

A long history of colonialism has deeply shaped the relationship between Indigenous people and the state in Alberta and across Canada. The wide¬spread systemic racism Indigenous peoples and communities still face in Alberta and across Canada is rooted in the colonial past and present, and these colonial relations undergird the development and current operations of the oil and gas industry in western Canada.

The five industries that Indigenous people living off-reserve in Alberta are most likely to work in are: construction; health care and social assistance; retail trade; forestry, fishing, mining, oil and gas; and accommodation and food services. The continued lag in educational attainment for Indigenous people in general means that jobs that require a post-secondary education are not accessible to all Indigenous people.

Direct jobs in the oil, gas, and mining industry accounted for 6.1% of total employment in Alberta in 2017, and only 21.5% of these workers are women. Alberta’s ongoing commitment to the fossil fuel sector is obviously leaving some people behind. Women, Indigenous, and racialized people are finding their way into these jobs, but they are still the exception, and they face enormous challenges of discrimination when they get there.

Analysis of the interview transcripts revealed four main themes, and several sub-themes, that interviewees discussed with regard to the intersection of work and family life as they impact community health:

Miyo-pimatisiwin for working class Indigenous people is a balanced good life for the economy, family, and community. Indigenous people lost miyo-pimatisiwin in their lives when the relationship was severed with the land due to colonialism. Families and workers in Wabasca that participated in our study are seeking out and also experiencing challenges to miyo-pimatisiwin in their day-to-day lives. Interviews demonstrate that individuals working in the oil industry have experienced gender and racial discrimination at and related to work. At the same time, Indigenous companies have been able to carve out space in what has been an industry primarily dominated by non-Indigenous people. In doing so, these companies have created space for Indigenous workers to create family-like work communities that they are proud of, rather than being held back or excluded based on their indigeneity.

The oil industry’s boom-bust cycle and the pressures of capitalism can bring significant imbalance and disruption to communities. However, through relationality in the community, specifically paid and unpaid caring work that is largely performed by women, the community works to establish balance. The industry itself may foster and exploit women’s engagement in this type of care work through its very structure and practices that create barriers and deterrents for women and ultimately reduce their participation in the higher-paying oilfield jobs.

Stress is a significant issue for community members, from paid and unpaid work pressures, to work precarity, to social issues in the community. These stresses necessitate an array of stress-relief strategies as well as support from immediate and extended family to mitigate stress.

Some interviewees have internalized hegemonic racist stereotypes and narratives that Indigenous workers lack the drive to move up the labour ladder. At the same time, some workers are conscious of the stereotypes and resist them.

There is also a concern with the class divisions created by the industry. Many Indigenous workers may end up streamed into unskilled labourer positions, and the few Indigenous workers that become skilled journeymen or journeywomen sometimes end up being business owners by starting their own contracting companies. With this emergence of small-scale Indigenous capitalists is the concern that capitalist relations will get implanted in Indigenous communities, hooking them into the trans-local practices of ruling that are integral to corporate power and dividing the community against itself.

From the perspective of miyo-pimatisiwin, a critical question is how Indigenous understandings of being relations and caring for the collective good can be maintained when capitalist structures divide the community by class and individualist approaches impact community relations. 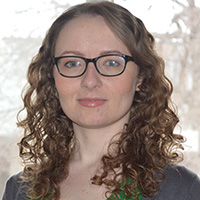 Nicole Hill is a PhD student in the sociology department at the University of Alberta and was a research assistant from 2016 to 2018 at Parkland Institute. She is a graduate of Athabasca University's Master of Arts in Integrated Studies program where she focused on equity studies. Nicole's current research is on maternity care experiences.

Dr. Angele Alook is proud member of Bigstone Cree Nation and a speaker of the Cree language. She recently successfully defended her PhD in Sociology from York University. Her dissertation is entitled "Indigenous Life Courses: Racialized Gendered Life Scripts and Cultural Identities of Resistance and Resilience." She specializes in Indigenous feminism, life course approach, Indigenous research methodologies, cultural identity, and sociology of family and work.

Angele currently works in the labour movement as a full-time researcher for the Alberta Union of Provincial Employees. She is also a co-investigator on the SSHRC-funded Corporate Mapping Project, where she is carrying out research with Parkland Institute on Indigenous experiences in Alberta’s oil industry and its gendered impact on working families.