Canada's Big Five banks are perhaps the most powerful corporate entities in the country, certainly among the largest and most profitable. Some are even members of the “too big to fail” club and have been called a “comfortable oligopoly.” They could be playing a crucial role in helping Canada achieve its Paris Agreement commitments to reduce greenhouse gas emissions to 30 per cent below 2005 levels by 2030. Yet in its 2019 Emissions Gap Report, the United Nations Environment Programme projects that Canada’s emissions will be at least 15 per cent above target by 2030.

Why isn’t Canada doing better in meeting the target? The Emissions Gap Report focuses on three government policies: coal phase-out, carbon pricing and clean energy subsidies. So far these have been inadequate in dialling down emissions. The Expert Panel on Sustainable Finance, established by the Canadian federal ministers of Environment and Finance in 2018 to explore the potential for sustainable finance, suggests an additional approach. In its final report, the panel points out that finance has a critical role to play in supporting the transition to a low-emissions future. While the Expert Panel’s focus is the future, it is reasonable to ask how finance, and especially the Big Five banks, have performed so far in helping or hindering Canada in its progress toward the Paris target. If the banks can play an important role in reducing greenhouse gas emissions, what is their record so far? Are they moving away from supporting traditional oil and gas, pipelines and oil sands projects and toward less carbon dioxide intensive oil and gas and more renewable energy? Or are they continuing to support developments with high carbon emissions, which will make the Expert Panel’s challenge that much more daunting?

Exploring for, producing and transporting fossil fuels is a capital-intensive activity. In a typical project, hundreds of millions or even billions of dollars must be spent before a single barrel of oil or cubic metre of gas can be shipped to a user. Financing energy projects (conventional oil and gas, oil sands, pipelines, facilities, renewables) is a vast enterprise that includes foreign and domestic banks and their investment divisions, private investors, foreign fossil fuel companies, pension funds, lenders, underwriters, financial advisers and more.

Canada’s large chartered banks deserve further attention since they span the gamut of financing activities. Royal Bank of Canada, Toronto-Dominion Bank, Scotiabank, Bank of Montreal, Canadian Imperial Bank of Commerce and National Bank of Canada cover all aspects of fossil fuel finance—lending, underwriting, advising and investing. Because of their size, their impact on the economy and their leadership in public discourse on Canada’s energy future, these banks have the potential to lead the way in the transition to a low-emissions future.

This report outlines the bank presence in the Canadian energy sector since the collapse of oil prices in 2014. It tries to capture the total role of the big banks in financing and supporting renewable and non-renewable energy. It briefly describes the unique characteristics of each bank and recounts stories of support for fossil fuel and renewables development. It analyzes major financial supports and itemizes the non-financial roles banks play in fossil fuel development. The report then outlines bank participation in renewable energy development. It concludes by summarizing bank performance in moving toward the low-emissions future envisioned by the Expert Panel on Sustainable Finance.

In contrast to the need to reduce financing of fossil fuels, banks actually increased their lending and commitments to the industry by more than 50 per cent—to $137 billion—between 2014 and 2020. Toronto-Dominion, in particular, upped its lending by 160 per cent over the seven-year period, to nearly $33 billion in 2020. As well, banks have invested tens of billions of dollars in fossil fuel and pipeline company shares. Here, Royal Bank leads the pack with nearly $21 billion invested in the top 15 fossil fuel and pipeline companies as of November 2019. Banks continue to underwrite fossil fuel company stock and bond issues, and they continue to provide key advice on mergers, acquisitions and other corporate moves. Banks are also intertwined with the fossil fuel industry in other ways—through interlocking directorates, executive transfer, industry conference sponsorships and industry association memberships.

Through their actions and messaging, banks continue to support fossil fuel industry expansion and pipeline building even as they take small steps toward financing low-carbon and renewable energy projects. Regarding their messaging, banks have justified their support for fossil fuel expansion as necessary in order to finance the turn to a low-carbon economy. Statements issued by these financial institutions are particularly valuable to the industry because banks are perceived as being outside the industry and outside Alberta as “third-party validators.”

The Big Five banks have begun investing in low-carbon and renewable energy projects, issuing and underwriting green bonds, lending to renewable energy projects and pledging tens of billions of dollars to projects that claim to follow environmental, social and governance (ESG) criteria. Yet a recent study by Refinitiv, formerly the financial risk business of Thomson Reuters, pegged their fossil fuel lending and underwriting as being 25 times greater than their renewable lending and underwriting. Banks have come to rely on the proﬁts they earn from ﬁnancing the capital-intensive fossil fuel sector. Even after beginning to ﬁnance renewable energy projects with a grab bag of efforts subsumed under the ambiguous ESG brand, they have expressed little willingness to abandon fossil fuel ﬁnancing. In September 2019, during the UN Climate Action Summit in New York, the CEOs of 131 banks signed the Principles for Responsible Banking, committing them to align their businesses with the goals of the Paris Agreement on climate change and the UN’s Sustainable Development Goals. One principle requires banks to review how they are doing in meeting these principles and be held accountable for their contribution or lack thereof to society’s goals.

In Canada, only National Bank and Desjardins Group (the Québec-based federation of credit unions), and later Vancity, signed the documents. The biggest five banks were missing in action. Evidently they feel little urgent need to change direction. Yet urgency is required, as the United Nations Environment Programme’s Emissions Gap Report has starkly pointed out and the Expert Panel on Sustainable Finance has reiterated. For Canada’s big banks, it’s past time. 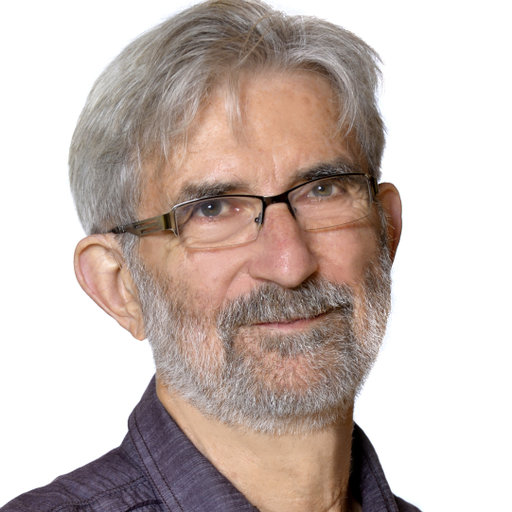 Donald Gutstein is a writer and researcher, retired after teaching for 30 years in the Simon Fraser University School of Communication. He is the author of six books, most recently The Big Stall: How Big Oil and Think Tanks Are Blocking Action on Climate.