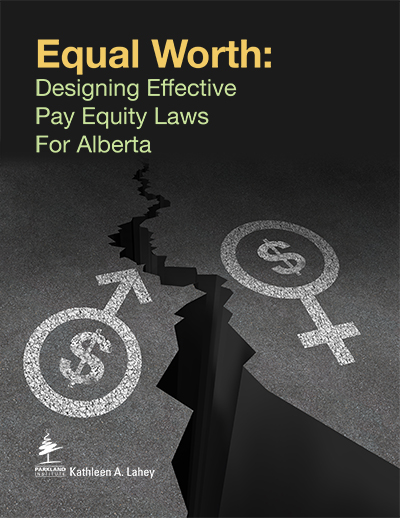 Gender pay inequalities lie at the core of women’s economic inequality in Canada, and Alberta has the largest gender income gap in the country – 41% compared to the national average of 33%. In dollar terms, Alberta women working full-time, full-year are on average making $31,100 less than their male colleagues each year.

Despite a long history of progressive women’s legislation and recent progress at the national level, Alberta lags well behind in gender income equality; not just compared to its provincial counterparts, but also internationally. Canada’s wage gap rank is the third highest out of the OECD countries; if ranked separately, Alberta would have one of the highest pay gaps of all.

In 2016, the difference between total market incomes for women compared to men in Alberta is projected to be 50% – with all factors and sources of income taken into account, women in Alberta are likely to earn just half of what their male counterparts will take home in a year. In addition, Alberta women are burdened with working a “double day,” averaging 35 hours of unpaid work weekly, compared to 17 hours for Alberta men.

Pay equity legislation is one of the first and most fundamental steps in reducing this gender income gap, and bringing women and men closer to income parity. The purpose of pay equity laws is to equalize women’s wages to levels equivalent to men’s all across the wage scale – even in situations where there may not be any male wages with which to compare. Pay equity policies address workplace equality, occupational segregation, and balance wage differentials for comparable work undertaken by women and men.

This report explores the best practices in pay equity within Canada and internationally, and finds that the most effective pay equity laws are compulsory, comprehensive in scope, and feature enforcement and ongoing oversight measures. Emphasizing these criteria, the report puts forward a model for implementation that not only delivers economic benefits to the workers who are the most vulnerable, but also provides financial incentives to the provincial and federal governments. Pay equity legislation makes women’s work “pay” for women, for their families, for their economies, and for government revenues.

However, pay equity is only one part of the equation: structural and cultural factors play a significant role in creating and maintaining gendered wage gaps. The highly gender-segregated nature of Alberta’s resource economy is also reflected in gendered wage differentials: the higher-paying jobs in the resource sector are almost completely dominated by men, while the lower paid jobs in the service industry and care sectors still remain predominantly female. In addition, the province’s lack of effectively subsidized childcare options often limits women to part-time or poorly paid occupations, and women who have to pay for childcare still have to earn quite high incomes in order for their after-childcare incomes to “pay.”

The report finds that all of these pieces of the puzzle need to be addressed in order to make significant, lasting change. Among the recommendations urged by the report, the foremost is the need to design effective pay equity, equal pay, and workplace policies capable of significantly improving the economic status of women in Alberta. Given today’s economic challenges, a staged implementation process would soften the short-term impact of these changes while ensuring that progress is made over time.

In concert with a dedicated pay equity framework, the report also calls for revisions to Alberta’s tax system, particularly tax/transfer provisions that currently subsidize gendered economic discrimination. The tax system should treat all taxpayers as financially autonomous individuals to ensure that all women are able to secure a living wage for themselves no matter what the composition of their households may be during their lives.

Ultimately, the report encourages Alberta to strive for equality in the legal, economic, cultural, and societal spheres through law reform, education, public awareness, and role modeling: governments that have generated the highest and most durable levels of economic gender equality are those that maintain effective equality-promoting practices on a consistent basis. 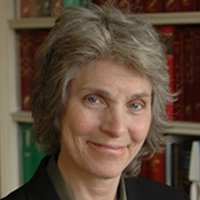