Energy ... Free Trade and the Price We Paid 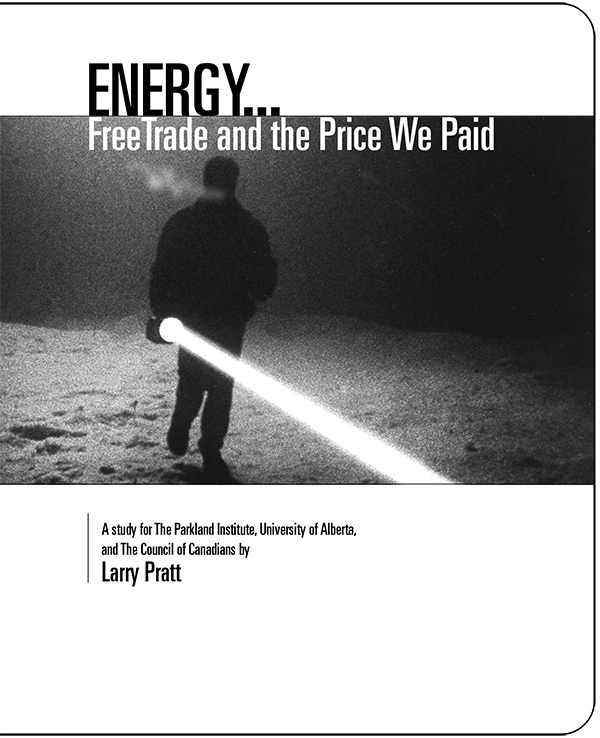 We are paying a high price for free trade. The 49th Parallel is vanishing, creating a new integrated continental oil and gas market in which Canadian energy industries are used to feed an ever-growing American demand.

Free trade was supposed to lower prices. But consumers of electricity, natural gas and petroleum products will recall the winter of 2000-2001 as a time when gasoline prices rose even while crude oil was in surplus; when natural gas heating charges soared in Canada, largely because California ran short of both electricity and natural gas; and when the deregulation of power markets caused havoc everywhere. Energy exports to the U.S. and oil company profits have never been higher, but domestic consumers have seldom paid so much to heat their homes, drive their cars, and keep their lights burning.

And because the poor rely on primary energy goods to survive, and do so with far less income than the wealthy and the middle classes, the effect of these sudden price increases is regressive and unfair. Rebates do not address the root causes of this fundamentally new problem. They are merely a politically expedient way to lessen voter discontent.

There is no shortage of oil or gas in Canada that can justify these price escalations. We have, in effect, imported them through trade agreements. This report ties the crisis in gas and oil prices to the North American Free Trade Agreement. NAFTA stripped Canadian governments of the power to intervene in the energy sector, deregulated exports, and freed Canadian producers to meet the energy demands of an insatiable U.S. market. NAFTA ties the hands of Canadians who want to cut back exports and conserve our precious nonrenewable resources. It confines the National Energy Board’s authority to the preparation of market assessments and the regulation of long-term exports. We have become bystanders watching our energy heritage flowing south.

Besides critiquing NAFTA, this report will show that gas deregulation in the U.S. and Canada has caused tremendous instability and left many gas users in both countries vulnerable to market power and monopoly. The promise to unbundle all the functions of the gas industry and to create a more competitive, lower-cost sector was based on ideology, not on common sense. Natural gas, like electric power, needs state regulation because of natural monopoly and the exploitation of consumers.

Larry Pratt wrote on energy and politics in Alberta for 25 years. He is the author of The Tar Sands: Syncrude and the Politics of Oil (1976), co-author of Prairie Capitalism (1979), and several other studies. He taught political science at the University of Alberta from 1971 to 1997.