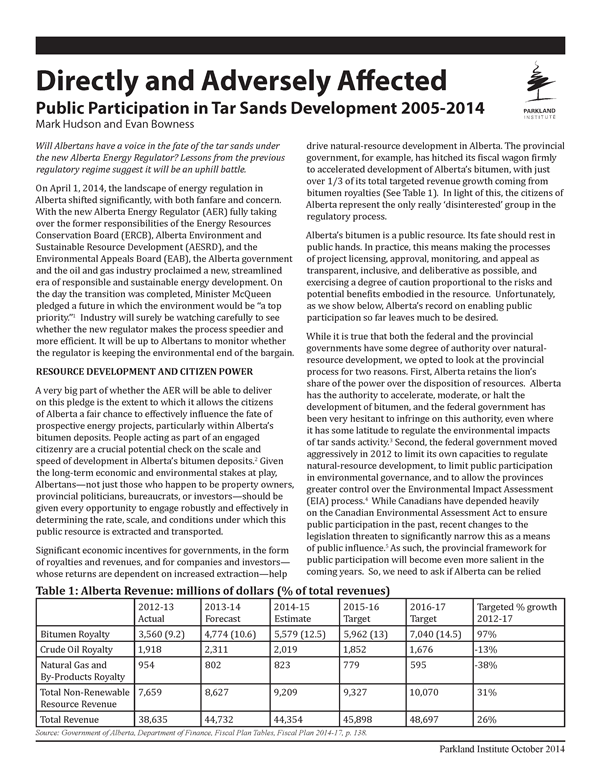 Will Albertans have a voice in the fate of the tar sands under the new Alberta Energy Regulator? Lessons from the previous regulatory regime suggest it will be an uphill battle.

On April 1, 2014, the landscape of energy regulation in Alberta shifted significantly, with both fanfare and concern. With the new Alberta Energy Regulator (AER) fully taking over the former responsibilities of the Energy Resources Conservation Board (ERCB), Alberta Environment and Sustainable Resource Development (AESRD), and the Environmental Appeals Board (EAB), the Alberta government and the oil and gas industry proclaimed a new, streamlined era of responsible and sustainable energy development. On the day the transition was completed, Minister McQueen pledged a future in which the environment would be “a top priority.” Industry will surely be watching carefully to see whether the new regulator makes the process speedier and more efficient. It will be up to Albertans to monitor whether the regulator is keeping the environmental end of the bargain.

Alberta’s bitumen is a public resource. Its fate should rest in public hands. In practice, this means making the processes of project licensing, approval, monitoring, and appeal as transparent, inclusive, and deliberative as possible, and exercising a degree of caution proportional to the risks and potential benefits embodied in the resource. Unfortunately, as this report illustrates, Alberta’s record on enabling public participation so far leaves much to be desired. 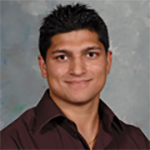 Evan Bowness has a master of arts and is a research assistant in the Department of Sociology at the University of Manitoba. 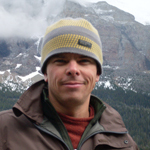