Time for a Checkup?

Alberta’s dental care treatment costs are among the highest in Canada, and this means many Albertans cannot access the dental care they need. Poor access to dental care can reduce Albertans’ quality of life, inappropriately consume health-care resources, limit the economic productivity of workers and communities, and disproportionately burden vulnerable populations. For some individuals, the impacts of poor access to dental care can even entrap them in a cycle of poverty by affecting academic achievement, the ability to find or maintain long-term employment, and by worsening systemic health conditions.

The issue of access to dental care is increasingly recognized as a significant social challenge in Alberta and Canada. The good news is we can do something about it. If and when we do, the benefits to Albertans and Canadians may be substantial. This report examines dental care affordability challenges by:
• assessing the merits and drawbacks of expanding public and private dental care
• evaluating targeted and universal approaches to dental care coverage
• analyzing the options of mandating universal dental care coverage through statutory health insurance or through legislation on employer-employee arrangements or both
• examining the possibilities of expanding and diversifying the oral health care workforce, such as by adding dental therapists to the predominant care team of dentists, hygienists and assistants, and by involving physicians and nurses in preventive oral health care interventions
• assessing options of integrating dental care into the broader health-care system to achieve cost savings, provide better care and improve patient outcomes

The private versus public share of total dental-care costs in Alberta
About 90 per cent of dental care services in Alberta are privately funded. Private spending on dental care consists of out-of-pocket costs and costs paid by private insurance benefit plans. It is said that Alberta’s private dental care expenditure has grown more than twice the rate of comparable provinces in recent years. Alberta Blue Cross, a major insurer in the province, has stated that, in 2015, 62 per cent of Alberta adults restricted their dental visits and 47 per cent restricted their children’s visits due to high costs.

Alberta ($498.90 per capita) is the top private funder of dental care in Canada (the Canadian average is $394.09). This is arguably connected to the provinces’ heavy emphasis on employer-sponsored dental insurance benefits. Prior to the increased unemployment levels in 2020 due to the COVID-19 pandemic, it was estimated that 73 per cent of employed Albertans had varying levels of employer-sponsored dental benefits. The latest available data on Albertans’ coverage for dental insurance benefits by income level comes from the 2015-2016 Canadian Community Health Survey. The proportion of Albertans having dental insurance by income quintile is as follows: the poorest 20 per cent of residents (66.9 per cent), second poorest quintile (74.8 per cent), middle quintile (78.7 per cent), second richest quintile (84.7 per cent), and the richest 20 per cent (87.6 per cent).

Among the provinces and on a per capita basis, the Alberta government ($60.35) is second to the Saskatchewan government ($65.18) in the public funding of dental care, but only about nine per cent of Albertans receive government-sponsored dental insurance benefits.

Dental care pricing and delivery in Alberta
Similar to Canada’s dental-care system, the pricing of dental-care services in Alberta is mostly set by private markets. There is almost no provincial government involvement in how dental care is priced. An Alberta government report suggests the operating costs of dental offices in Alberta are higher than in other provinces due to higher labour costs. Nevertheless, if one tracks the consumer price index in Canada, one sees that dental care prices have outstripped the growth in prices for all goods and services, including food, shelter, transportation and medicinal and pharmaceutical products.

Almost all dental care in Alberta, whether publicly or privately funded, is delivered in private dental clinics on a fee-for-service basis. Depending too heavily on private markets to provide health care in general or dental care specifically without strategic oversight and intervention can result in increased inequity (or unnecessary and unfair differences between social groups). Fee-for-service payment mechanisms in health care and dental care can also incentivize overtreatment and result in an inefficient use of resources.

In short, the greater one’s needs, the less access to dental care. And if the targeted approach really held true, it would provide coverage for the exact people it is currently excluding (e.g. working poor families).

Provincial and federal governments should invest in making dental care more affordable and accessible to all Canadians based on their dental care needs, not the quality of their jobs or the size of their pocketbooks. Public and private investment in a universal approach that covers the whole population with some type of dental insurance benefit is the most expedient way to address existing coverage gaps and reduce the inequity in access to dental care that currently exists.

A 2020 report by Thomas Lange of the University of Calgary estimated the costs of two options for restructuring the coverage of dental care in Canada: (1) universal first-dollar coverage (“Denticare”), and (2) public dental insurance for adults and seniors without private insurance and for all children under 12 (“Denticaid”). Lange estimated the 2019 total costs for Denticare at $27.5 billion ($737.09 per capita) and for Denticaid at $15.1 billion ($404.49 per capita). Another recent estimate provided by the federal Parliamentary budget officer suggests that the total costs of a national dental care program for uninsured Canadians with a household income below $90,000 would average out at $2.2 billion per year from fiscal years 2020-2021 to 2024-2025. And depending on the year considered, the per capita estimates range from $251 to $570. In both of the above analyses, cost estimates decrease when patient contributions are factored in. Both also make different assumptions and cost different dental care service baskets. These analyses represent only two options to restructuring the coverage of dental care in Canada. There are, in fact, many ways to achieve the universal coverage of dental care that involve both the public and private sector, and that give more consideration to the appropriateness and therapeutic benefit of the services included.

Ultimately, though, rather than taking a universal approach to providing dental insurance benefits, the Alberta government has limited its public spending to only targeted populations, leaving over 20 per cent of the population without access to dental insurance benefits and thus having to rely exclusively on out-of-pocket payment. An example of the benefits of government investment in dental care is Alberta’s public program for seniors. Delivered by the private sector, expansions to the program’s eligibility and funding throughout the 1990s and early 2000s were arguably reflected in a dramatic drop off to inequity in access to dental care among Alberta seniors.

A universal approach to coverage may also lead to cost savings. In an attempt to alleviate pain, those unable to access primary care through a dentist may turn to hospital emergency departments and physician offices, which are most often unable to resolve dental problems beyond prescriptions for antibiotics, painkillers and a referral to a dentist, which can remain unfulfilled. Thus, poor access to dental care can contribute to existing public health challenges associated with antibiotic overprescribing and opioid-related issues, and can tie up valuable health-care resources (hospital rooms, equipment, staff and physicians), with little or nothing to show for it.

A universal approach to coverage means expanding the public and private option, or investing in public and private infrastructure. For example, capital investment in public clinics is arguably necessary given that we know some individuals, often those with the most needs, lowest incomes, and greatest cost barriers to care, can prefer to access dental care in these settings. At the same time, given that most dental care will ultimately be delivered by the private sector, appropriate funding and payment through public dental care plans is also key. Finally, incentivizing and providing more options for employers to offer dental insurance benefits can also play an important role in achieving universal coverage.

To conclude, expanding the public and private option means a renewed vision for dental care in Alberta and Canada. A vision that brings us more in line with our OECD counterparts, privileges equity and fair equality of opportunity in access to care, and maximizes individual and population health. 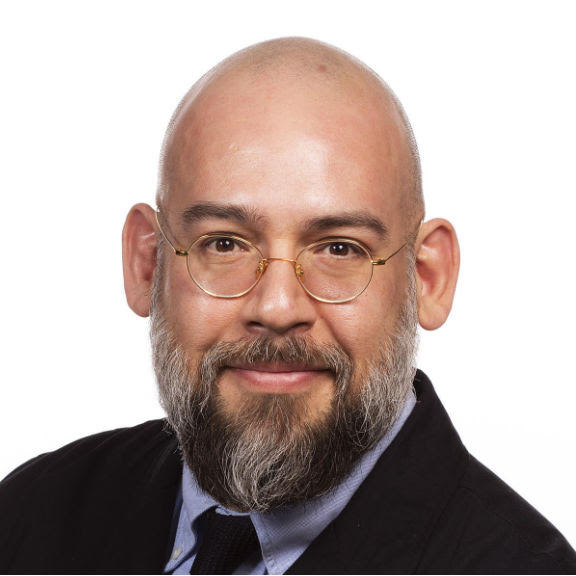 Dr. Carlos Quiñonez is a dental public health specialist and an associate professor and program director at the Faculty of Dentistry, University of Toronto.