The Decline in Alberta Oil and Gas Royalties 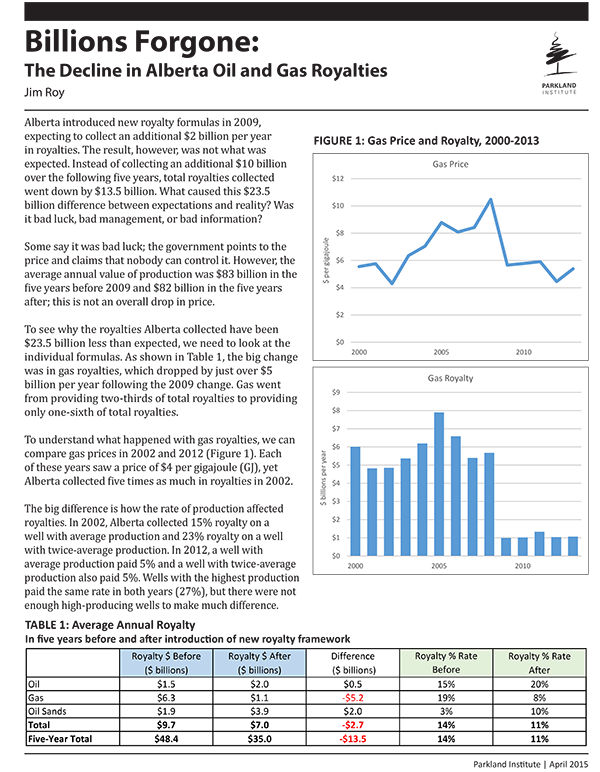 Alberta introduced new royalty formulas in 2009, expecting to collect an additional $2 billion per year in royalties. The result, however, was not what was expected. Instead of collecting an additional $10 billion over the following five years, total royalties collected went down by $13.5 billion. What caused this $23.5 billion difference between expectations and reality? Was it bad luck, bad management, or bad information?

To see why the royalties Alberta collected have been $23.5 billion less than expected, we need to look at the individual formulas. As shown in Table 1, the big change was in gas royalties, which dropped by just over $5 billion per year following the 2009 change. Gas went from providing two-thirds of total royalties to providing only one-sixth of total royalties.

TABLE 1: Average Annual Royalty
In five years before and after introduction of new royalty framework

To understand what happened with gas royalties, we can compare gas prices in 2002 and 2012 (Figure 1). Each of these years saw a price of $4 per gigajoule (GJ), yet Alberta collected five times as much in royalties in 2002.

There are other differences, but a full analysis would require access to well-by-well royalty records, and is beyond the scope of this report. Some differences include a gradual drop in total production, an accelerated drop in production per well, and the new-well royalty reduction regulation. Still, there is no doubt that the formula change accounts for more than half of the decline in gas royalties. Alberta could eliminate much of its current budget imbalance simply by reintroducing the previous gas formula.

Shifts in oil and oil sands royalties were not so dramatic. As shown in Figure 2, there was a drop in oil royalty in 2009, due to low price and to a drilling incentive, but increasing price was matched by increasing royalties.

Oil sands royalties also increased (Figure 3), but the dramatic change occurred in 2006, and was unrelated to the new formula. The shift was due to five projects achieving payout and switching to the post-payout formula. There was no significant change in 2009 because the new formula was the same as the previous formula at the price in effect. The continued increase in oil sands royalties in recent years is due to (1) increased total volume of production and (2) more projects achieving payout.

A more serious problem is that Alberta’s failure to manage the pace of oil sands development has not only hurt the Alberta treasury, it has cost Alberta producers. As illustrated in Figure 4, Alberta pushed the Canadian price $25 per barrel below the European price (Brent) or $12 per barrel below the US price (WTI).

FIGURE 4: Oil Prices, US$ Per Barrel 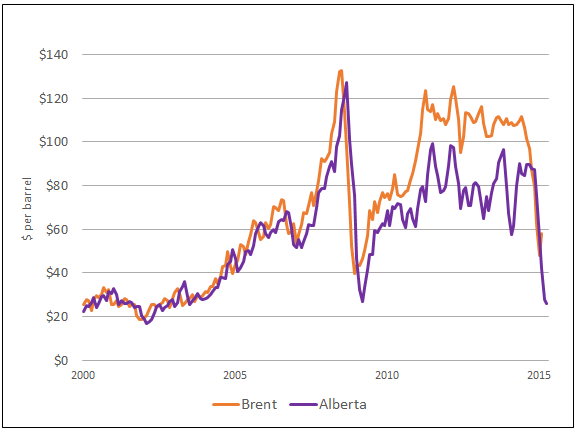 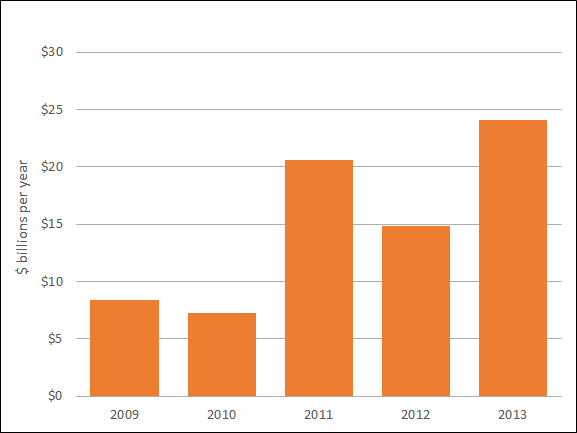 It also cost the Alberta treasury $8.4 billion, or $2,024 for each Albertan. The oil sold at low price is gone, the money is lost. The world has given Alberta a clear price signal; Alberta would be foolish to continue increasing bitumen production for sale at such a low price.

Jim Roy was Senior Advisor for Royalty Policy for Alberta Energy from 1985 to 1993. As president of Delta Royalty Consulting, he currently assists governments obtain value from natural resources. Clients include the governments of Afghanistan, Bolivia, Canada, Kenya, Pakistan, and several Canadian First Nations.

Jim Roy was Senior Advisor for Royalty Policy for Alberta Energy from 1985 to 1993. As president of Delta Royalty Consulting, he currently assists governments obtain value from natural resources. Clients include the governments of Afghanistan, Bolivia, Canada, Kenya, Pakistan, and several Canadian First Nations.