All Albertans benefit from harm reduction

Harm reduction—an evidence-based approach to substance use—benefits all Albertans. Yet, instead of expanding access to harm reduction, Alberta’s UCP government continues to engage in a sustained attack on these vital services. Most recently, Premier Jason Kenney referred to supervised consumption sites as “NDP drug sites.” He also attacked the processes undertaken by activists, communities, and policymakers to bring supervised consumption to Alberta as “regressive decisions … [leading to] growing crime, and syringes filled with poison around our children and seniors.”

These statements precede the anticipated release of a report commissioned by the UCP government that many suspect they will use to justify closures of supervised consumption sites. Closing harm reduction sites would exacerbate suffering due to the opioid and overdose crises. Attacking supervised consumption sites also makes it more difficult for Albertan activists and scholars to advocate for cutting-edge harm reduction policies and programs that the province needs in order to effectively prevent harms associated with drug use.

What is harm reduction?

Harm reduction encompasses “policies, programmes and practices that aim primarily to reduce the adverse health, social and economic consequences of the use of legal and illegal psychoactive drugs without necessarily reducing drug consumption.” At their most comprehensive, harm reduction approaches acknowledge that psychoactive substance use is an enduring feature of human society, and can be beneficial for users (think anti-depressants, or a sociable glass of wine with friends). Harm reduction approaches fundamentally see all people, regardless of sobriety, as valuable members of society, deserving of the same rights and access to services as anyone else.

Examples of harm reduction programs and services include no- and low-barrier health care and housing, opioid substitution therapies, naloxone kits, supervised consumption/injection sites, needle exchanges, and other inclusive, individualized services that do not require abstinence for access. While people of all races, classes, and genders use drugs and other psychoactive substances, harm reduction services are particularly vital for people who use drugs that face additional barriers to good health and social well-being like homelessness, poverty, HIV+, sex work, and other axes of discrimination.

Although public awareness of harm reduction in Canada remained fairly low until the highly publicized overdose crisis in Vancouver in the early 2000s, harm reduction programs run by, and for, people who use drugs have existed in Canada since the 1980s. Over the intervening decades, queer, BIPOC, and drug-user activists successfully implemented grassroots harm reduction initiatives to counter the damages caused by inaction on the AIDS crisis, the war on drugs (and drug users), and overdose epidemics. In Alberta, Needleworks (now Streetworks) began providing harm reduction services in 1989 to address health concerns for people who use drugs and sex work communities in Edmonton. The Central Alberta AIDS Network Society (now known as Turning Point) began providing harm reduction-oriented services in the 1990s for Red Deer and surrounding communities.

Consistent with realities in the rest of Canada, a patchwork of local organizations providing different kinds of services comprises the Alberta harm reduction landscape. This patchwork approach is inadequate, and many communities lack harm reduction hubs and services that meet the specific needs of people who use drugs. Harm reduction services tailored to the needs of people who use drugs deliver real benefits for everyone, even those who do not use drugs or other psychoactive substances. For example, the Australian Department of Health and Ageing estimates that every dollar invested in needle/syringe programs generates $4 in healthcare savings. In the US, the Center for Substance Abuse Treatment determined as far back as 2005 that every dollar spent on methadone treatment saved $3–4.

Savings largely come from reduced hospitalizations and comorbidities. Overdoses, which can result in death and long-term cognitive and physical disabilities, can be prevented or reversed in harm reduction sites with supervision and naloxone before the most serious side effects set in. Harm reduction sites are also important connectors to primary care, allowing for earlier detection and treatment of blood-borne and drug related illnesses like HIV, HCV, diabetes, abscesses, and wounds that require expensive hospitalizations when they become acute. Implementing harm reduction programming, particularly in combination with good access to treatment for HIV and HCV reduces health care costs to society overall.

Harm reduction and the UCP

Despite decades of activism, people who use drugs still face wide-ranging prejudice, including from the UCP government in Alberta. Since the April 2019 election, the discourse around addictions and harm reduction from the provincial government has pivoted sharply away from harm reduction and towards abstinence-focused treatment (an admirable goal, but one that does not address the immediate needs of people who use drugs, or help people who are not currently seeking sobriety). Between June and December of 2019, 11 official government media releases mentioned or emphasized recovery-oriented approaches to addictions and substance use. Over the same time period, only one media release mentioned harm reduction, and none promoted harm reduction as a viable, beneficial, and evidence-based approach to substance use and addictions.

The UCP government also struck a Mental Health and Addictions Advisory Council, comprised of 18 community-based members, none of whom represent a grassroots harm reduction organization. Membership from the Edmonton and Calgary Police Services, a financial advisory firm, and ATB Financial on this committee reflects government rhetoric pre- and post-election that links harm reduction and people that use drugs to crime and negative impacts on property values and business. The UCP government also created a committee to review the supervised consumption sites already planned by the previous NDP government. Its chair is a former Edmonton police chief, and the eight-member committee includes two criminologists and two physicians focused on abstinence and de-prescribing. That committee has no representation from the supervised injection sites that are its focus.

When it was struck in mid-2019, the committee faced criticism for not having a mandate to consider the benefits of having harm reduction sites in specific communities, provincial funding for harm reduction, or for expanding the number of sites. Alberta’s seven supervised consumption sites opened only after extended community consultation, and have reversed 100 percent of the 4,300 overdoses at the sites between November 2017 and August 2019. The provincial government also suspended funding to the current seven sites and put plans to open three new supervised consumption sites on hold until after the committee’s report, which has yet to be publicly released. These suspensions are concerning given that the contracts between the current sites and the province expire at the end of March 2020, and the government will likely use the results of the negatively skewed report to justify its decisions around continuing or closing the sites.

Opposition to harm reduction in the community comes from people and business associations concerned about impacts on property values and crime in their community. Notably, Edmonton’s Chinatown and Area Business Improvement Association opposed the concentration of harm reduction sites to be approved near its members' businesses. These criticisms fail to note that all of the proposed sites in Edmonton are in spaces that already serve people who use drugs, and that studies find that harm reduction sites decrease substance use in the public realm. Other opponents, including Premier Kenney, believe that supervised consumption sites encourage or enable drug use that they consider to be immoral. Kenney has stated that “enabling someone to commit slow-motion suicide—to throw their life away—is not compassion.” He ignores that allowing someone to suffer ill-health and discrimination due to intoxication is also not compassionate. Harm reduction sites are staffed by health professionals who provide referrals and resources to addictions treatment if, and when, a person is ready to seek that option. They work in addition to drug treatment, not against it, as evidenced by higher rates of detox uptake among safe injection site users. Full abstinence from drugs and alcohol as a prerequisite for health care is a barrier to access that puts lives at risk and perpetuates suffering.

The future of harm reduction

The disproportionate attention given to supervised consumption sites can lead to the assumption that they are the pinnacle of harm reduction services. However, a harm reduction approach to drug use requires a spectrum of services across all institutions and communities. For instance, Housing First is an response to homelessness that puts people in stable, long-term housing while facilitating a spectrum of health, social, and employment supports. Housing First can be seen as a harm reduction approach to homelessness, and it complements harm reduction for substance use by giving people a stable home base that can support other life changes, like decreasing drug use.

Although supervised consumption sites provide vital services and supports, they do not address common issues in drug-using communities that stem from the criminalization of drugs and drug users. For instance, frontline drug user activists, including Alberta-based members of the Canadian Association of People who Use Drugs (CAPUD) are fighting to address unsafe drug supply by expanding access to prescription heroin (and other drugs), and to allow assisted injection (currently prohibited by Health Canada) in supervised consumption sites to help people who cannot inject themselves. Regular access to prescription heroin and other drugs could disrupt the organized crime networks that supply the illicit drug market and reduce thefts and assaults by people seeking money or drugs. It would also decrease overdoses and unwanted side-effects since the supply would be of reliable quality and potency. Allowing assisted injection also reduces assault and exploitation, since people who cannot inject themselves (often women, youths, and people with disabilities) are at increased risk of being victims of sexual and physical assault, robbery of drugs or money, and blood-borne diseases from using non-sterile paraphernalia.

As other areas of health care normalize patient-centred care, people who use drugs continue to fight to be seen as experts in their own lives. With better understandings of the social and biological processes associated with addictions and substance use, social attitudes towards drug use need to change. Holistic and integrated responses like Housing First and harm reduction, can act as stepping stones on the way to addressing the structural and intergenerational problems that propel substance use. In the meantime, people who use drugs deserve at minimum to make decisions about their own substance use, health care, and other facets of daily living as much as any other Albertan. Expanding access to harm reduction services, and responding to the demands of people who use drugs in Alberta will improve health and social outcomes while promoting a more inclusive and socially just society. 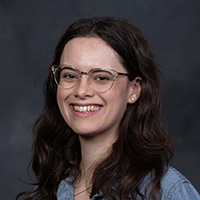