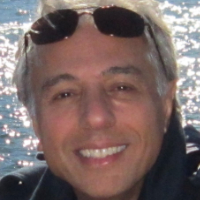 Ali M. AL-Asadi made Canada home in 1981 after moving from England to Victoria, B.C., where he attended the University of Victoria. He holds a PhD in psychology and several graduate degrees in astrophysics, applied statistics and Islamic history from England, Australia and Canada. Since 1989, he has been living and working as a practicing psychologist in the Peace Country region of Alberta. He has been an active member of the College of Alberta Psychologists since 1989, where he is the chair of several adjudication committees. He was also involved in hearings and committees where privatization of public services, social justice and legal reforms was the issue in the mid-’90s.

Today, he limits his clinical practice to supervising student psychologists and consulting with organizations. He is a professor of psychology and the president of the academic staff association at Grande Prairie Regional College. His research activity includes trauma related to family violence and sexual abuse, comorbidity of psychological disorders and efficacy of online therapy, millisecond pulsars, the formative years of Islam, and virtual and augmented reality in land-based learning.