Celebrating research and education for the common good

Twenty-five years ago, a group of professors and researchers from the University of Alberta and elsewhere, along with community leaders, writers and union members, came together to found Parkland Institute. The immediate impetus was the 1993 election, where debate was largely foreclosed in favour of a political mono-culture. At first, the institute faced enormous political and financial challenges. Its founders believed, however, in the institute’s mission to build a more democratic and equal Alberta through critical research that would put in the hands of Albertans policy alternatives to the dominant ideology of the time. While staying attuned to changes occurring within the province and elsewhere, Parkland Institute has remained true to the pioneering vision of its founders. Over the past quarter century, Parkland has proudly established a solid record research and public engagement.

We reached our goal thanks to you!

Every year we host our main fundraising gala to raise the money necessary to conduct our research and host events. This year we had an online fundraising campaign instead.

We set a goal for ourselves to raise $25,000 by March 25, 2021 and we made it! Thank you to everyone who supported us through generous donations and joining our evening celebration.

Every dollar goes toward Parkland's work and its commitment to its research themes:

Celebrate our 25th anniversary with us on March 25

The campaign concluded with an online party the evening of March 25. The celebration featured entertainment, special guests and door prizes. 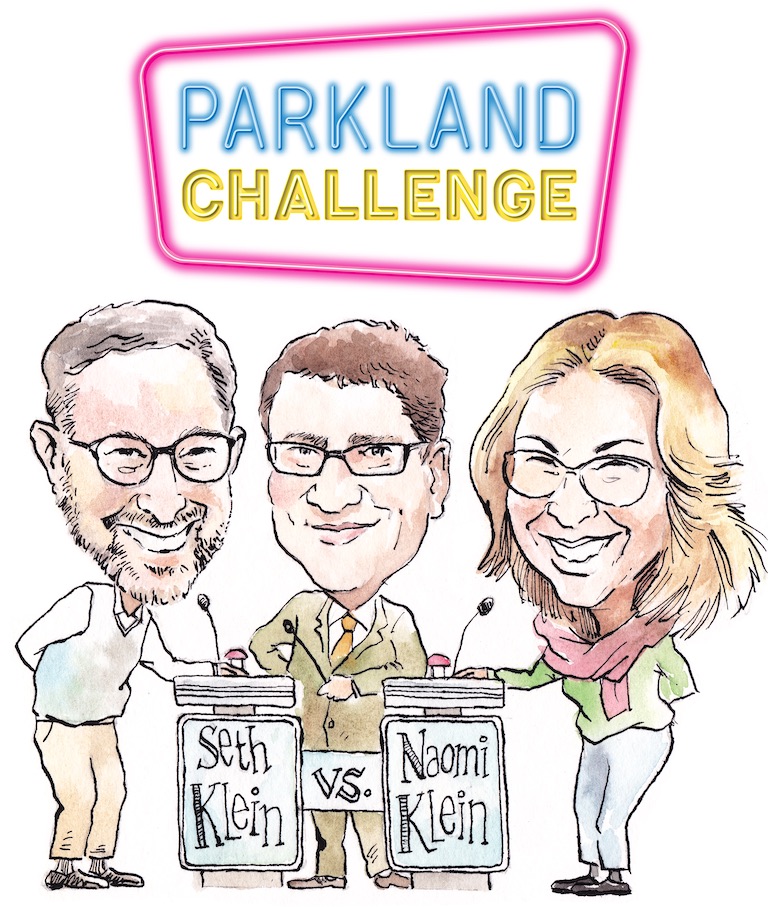 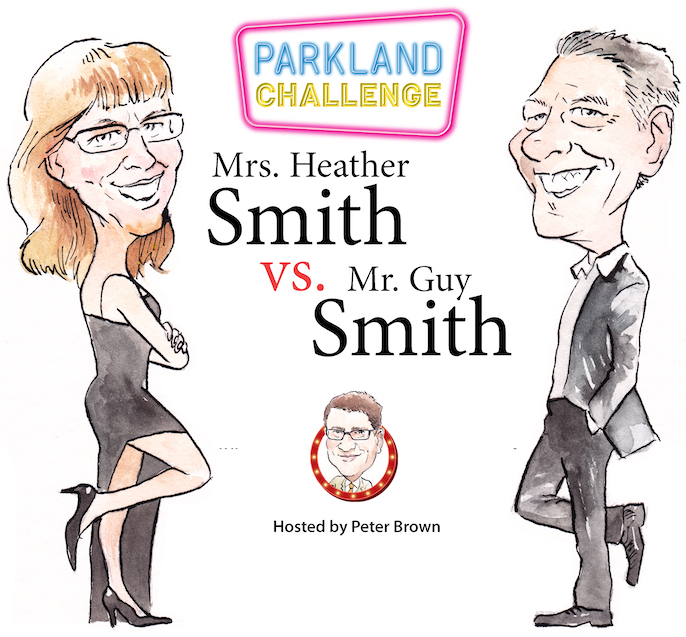 The Klein siblings, Naomi and Seth, engaged in A Good Trivia War that That Will Not Change Anything, but will leave you On Fire with laughter.

Naomi Klein is an award-winning journalist and bestselling author of eight books, including This Changes Everything and On Fire. She is a senior correspondent for The Intercept, a Puffin Writing Fellow at Type Media Center and is the inaugural Gloria Steinem Endowed Chair in Media, Culture and Feminist Studies at Rutgers University.

Seth Klein served for 22 years as the founding director of the British Columbia office of the Canadian Centre for Policy Alternatives (CCPA), Canada’s foremost social justice think tank. He is now a freelance policy consultant, speaker, researcher and writer, and author of A Good War: Mobilizing Canada for the Climate Emergency. Seth is an adjunct professor with Simon Fraser University’s Urban Studies program, and remains a research associate with the CCPA’s B.C. office.

Heather Smith and Guy Smith shot it out in a trivia battle between this union “brother” and “sister.” Which union leader did you bargain on to win or strike it out of the park…land?

Guy Smith was first elected president of the Alberta Union of Provincial Employees (AUPE) in 2009. He previously served as a vice-president from 1993-1999 and 2001-2003. Smith has been an AUPE activist at his worksite, in his local, on the executive and in his community for 30 years. President Smith is proud to be a long-time supporter of Parkland Institute.

Heather Smith is president of the United Nurses of Alberta. Smith came to Alberta in 1976 from Ontario and soon became active in the union, serving on every bargaining committee since 1984 and becoming president in 1988. She received the Spirit of Tommy Douglas Award in 2007 for her commitment to the dreams of the late Saskatchewan premier and creator of Canadian Medicare. President Smith is proud to be a longer-time supporter of Parkland Institute.

Songs from the Grannies

A moving poem from an Edmonton student

Top 10 ways Parkland has made a difference

Two of Parkland's founders Trevor Harrison and Gordon Laxer present the top 10 ways Parkland has made a difference.