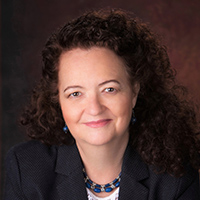 Laurie Adkin is a professor of political science at the University of Alberta, where she has been since 1991. She received her PhD in political studies from Queens University in 1990. Her fields of teaching and research include comparative politics, feminist theory, social movement theory, European politics, Canadian environmental policy, political ecology and the political economy of Alberta. Her current research focuses on the political economy of climate change policy in Canada and Alberta. She is the editor of two acclaimed books, Environmental Conflict and Democracy in Canada (UBC Press, 2009); and First World Petro-Politics: The Political Ecology and Governance of Alberta (UT Press, 2016). A public intellectual, she participated closely in the Alberta Climate Dialogue SSHRC partnership project led by the U of A’s David Kahane, and is a core team member of the SSHRC partnership project led by University of Victoria sociologist William Carroll.

A group of hand-picked UCP insiders are asserting political control over post-secondary institutions. Laurie Adkin, Michael Lang and Mark Shakespear outline the government's five overlapping strategies and the effects on the University of Alberta.

This report traces funding from governmental and corporate sources over 20 years to document which areas of energy and environmental research have been prioritized in Alberta’s research universities.