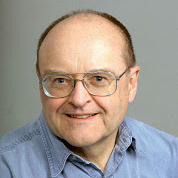 John W. Warnock is a former professor of political economy and sociology at the University of Regina. He is the author of Saskatchewan: The Roots of Discontent and Protest, The Other Mexico: The North American Triangle Completed, The Politics of Hunger: The Global Food System and others.

The world of oil and gas is split between industrialized consumer countries and their oil corporations, and less developed producer countries, many of which are former colonies. Canada is somewhat unique, as a relatively wealthy country in a close relationship of dependency with the United States, which consumes the majority of our production, and whose oil companies dominate our industry.