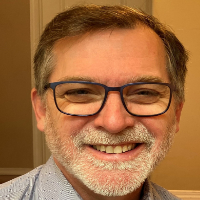 Bill 32 Regulations Further Tip the Balance in Favour of Corporations

When the Alberta government passed Bill 32: The Restoring Balance in the Workplace Act in the summer of 2020, a number of observers noted the many ways in which it unfairly targeted unions and their members. My Parkland Institute report analyzing Bill 32, however, made it clear that changes like those in the Act have broader implications for the rights of ALL Albertans. The report, Tipping the Balance, concluded that the legislation represented an Americanization of labour relations in Alberta and that many provisions undermined rights protected under the Charter of Rights and Freedoms.

From Concept To Action—Implementing a Just Transition In Alberta

The climate crisis, low oil and gas prices and accelerating automation in Alberta’s oil and gas industry has reignited decades-long pleas to diversify the province’s economy and has strengthened calls for a just transition.

Tipping the Balance: Bill 32, The Charter and the Americanization of Alberta’s Labour Relations System

A new report shows that Bill 32: Restoring Balance in Alberta’s Workplaces Act (2020) moves Alberta’s labour relations environment closer to the U.S. model to the detriment of workers in the province. Many of the bill’s provisions touch upon rights enjoyed by all working people and all Albertans generally, and the bill has the potential to profoundly impact the direction of Alberta’s economy.

This is the second of two blog posts examining Bill 47. This post focuses on changes to the Workers’ Compensation Act. These changes save employers money by reducing the likelihood of injured workers receiving benefits and reducing the value of those benefits. Bill 47 also makes it harder for workers to appeal decisions and reduces the likelihood of returning to their job once recovered.

Alberta’s United Conservative government recently introduced Bill 47 (Ensuring Safety and Cutting Red Tape Act, 2020). The bill makes substantial changes to the Occupational Health and Safety (OHS) Act and the Workers’ Compensation Act and represents a rollback of workers’ safety protections. This is the first of two blog posts examining Bill 47. This post focuses on changes to the OHS Act that, if passed, will come into effect Sept. 1, 2021.

Increasing Employer Power at the Workplace: The Impacts of Bill 32 (Part 2)

Most of the coverage of the tabling of Bill 32 has focused on its effects on unions and unionized workers (including Part One of this post published last week). Yet, the most far-reaching impacts of the bill will be on non-unionized workers – those who are protected only by the Employment Standards Code (ESC).

Taking Aim at Unionized Workers: The Impacts of Bill 32 (Part 1)

Bill 32 will have serious impacts on unionized and non-unionized workers, and it will restrict the voices of workers in our democracy. Jason Foster, Associate Professor, Human Resources and Labour Relations at Athabasca University, explains the implications for unionized workers in the first of a two-part blog series.

In the Shadows: Living and Working Without Status in Alberta

This report examines the lives of undocumented migrant workers living in Alberta. It discusses the results of a research study of 32 undocumented workers, outlines the circumstances that led to their loss of status, describes their work and living conditions, and explores their reasons for staying and their hopes for the future.

Cargill, COVID, and the failure of Alberta OHS policy

Two meat-packing plants in southern Alberta have given rise to nearly one in six of Alberta’s 3400 cases of COVID-19. Athabasca University's Bob Barnetson and Jason Foster examine what went wrong at the two meatpacking plants, what it tells us about the inadequacy of OHS policy in Alberta and how the incidents could have been avoided.

The Alberta government is reviewing its Occupational Health and Safety Act for the first time since it was enacted in 1976. Based on the results of a recent worker survey, here are suggestions for changes that can be made to increase worker and workplace safety.