To say the review is overdue is an understatement. The results of a recent government-funded study of 2,000 Alberta workers that we conducted suggest significant change is required to curtail Alberta’s shockingly high level of occupational injury and illness.

One in five Alberta workers are injured each year

Our study found that 21% of workers—nearly 400,000 Albertans—experienced at least one work-related injury or illness in the past year. These injures are frequently serious. More than half (52%) of injured workers (over 205,000 Albertans) could not perform their full range of duties the next day, including 162,000 who should have filed a workers’ compensation claim.

In 2016, the WCB accepted 44,543 disabling injury claims. Disabling injures are those where the worker either couldn’t go to work the next day or the injury required the worker’s normal duties be modified. Less-serious injuries that don’t require time-off or modified duties—that is to say, most workplace injuries—are excluded from this disabling injury measure.

Disabling injuries are also subject to profound underreporting. Workers are often reluctant to report injuries—even serious ones—because they don’t think it is worthwhile to do so and because they are scared their employers will punish them for doing so. In our study, 14% of workers said they feared filing a WCB claim would negatively affect their employment. Among workers regularly exposed to the most number of hazards (thus the most likely to be injured), 43% reported fearing employer retaliation for filing a WCB claim.

As a result, government statistics significantly understate the problem of workplace injury in Alberta. Our study found that 69% of injuries that should be compensable go unreported to the WCB. These results confirm the findings of a 2002 study which found that 71% of injuries in Alberta were not reported. This means that using WCB disabling injury claims as a proxy for serious injuries hides over 112,000 serious injuries each year.

Employer violations of health and safety rules are rampant

Like all Canadian jurisdictions, Alberta’s occupational health and safety (OHS) system is based upon three workers rights:

These rights are supposed to be the bedrock of making workplaces safer. However, our study, as well as other research, finds these safety rights to be “weak rights” because employer pressure or inaction can impede or negate them.

Workers’ right to know rests on employers telling them about workplace hazards. For this reason, all Alberta employers are required to conduct a hazard assessment to identify and control hazards. Unfortunately, less than half of workers (49.7%) reported that their employer had bothered to write down the hazards that exist in the workplace.

Even fewer workers (37%) reported having ever participated in a hazard assessment—despite employers being legally obligated to include workers when doing a hazard assessment. And one-third (33%) of workers reported new workers were unlikely to receive a safety orientation when they start their job. In short, employer inaction significantly impedes workers’ ability to even know what hazards they face in the workplace.

Sixteen percent of Alberta workers report that their boss directed them to perform work that they deemed unsafe. While Alberta requires these workers to refuse the unsafe work in the expectation that employers will then investigate and remedy any hazard, our study found that only half of workers facing unsafe work attempted to refuse it.

Those workers who did refuse unsafe work in 2016 had a mixed experience. Only 24% of refusals resulted in the work being made safer by the employer. Twenty percent of workers reported being (illegally) punished for refusing the work. Thirty-four percent reported doing the work in the end even though it often remained unsafe, and 42% took steps to make the work safer themselves. In 28% of the cases, the employer just got someone else to do the work. Only 1% of workers reported an OHS investigation of the refusal. (These numbers add up to more than 100% because workers could choose more than one response.)

Clearly the right to know, participate, and refuse unsafe work are weak rights that are poorly observed in Alberta. The most interesting question here is why do workers not take more action to protect themselves? The answer is fear.

Workers are scared to exercise their rights

Approximately one in five Alberta workers indicated they feared negative employment consequences for exercising their safety rights. Our study found:

Workers regularly exposed to large numbers of hazards in the workplace (and who are therefore more likely to be injured) were between two and four times more likely than average to fear employer retaliation for complaining.

Overall, our survey suggests that many workers fear employer retaliation if they exercise their safety rights. This level of fear—particularly in Alberta’s most dangerous workplaces—means that Alberta’s complaint-driven OHS inspection system is unlikely to target the very workplaces that most need inspection.

So what changes can Alberta make to its Occupational Health and Safety Act that will increase worker and workplace safety?

Better information: Many workers are unaware of their health and safety rights. Mandating more aggressive and effective educational campaigns—in schools and for the general public—can reduce this gap. Such campaigns also serve as a reminder for employers that workers have these rights.

More inspections: Alberta reported conducting just over 7,600 inspections of 4,261 unique employers in 2016. While that might seem like a lot on the surface, it means only 2% of Alberta’s more than 200,000 employers are inspected each year, and that most workplace will never see an inspector. In effect, employers know that there is little chance that they will be caught violating the rules. More random and targeted inspections would result in more hazardous working conditions being identified and remedied.

Greater worker protections: Workers who are scared of retaliation are unlikely to report hazards and refuse unsafe work. Legislation must include stronger protections for workers who exercise their health and safety rights in good faith. This means ensuring that workers and employers know that retaliation will automatically result in economically punishing fines and public embarrassment.

Greater penalties: Employers change their behaviour when it starts costing them money. Despite tens of thousands of workplace injuries, employers know there is little risk that they will be penalized for violating the OHS Code. For example, in 2016, only 12 employers were charged under the OHS Act. Such charges can often be settled with a guilty plea and a small fine. In addition, the government meted out seven administrative penalties to employers (ranging from $2,500 to $42,500). Often, remedying unsafe practices that endanger workers is much more expensive than paying a fine if someone is injured. Higher fines will incentivize employers to identify and remedy hazards.

Alberta’s decision to review the OHS Act for the first time in 41 years is a laudable one. Hopefully the changes that come from the review will make workplaces safer for Alberta workers.

Jason Foster is an Assistant Professor of Human Resources and Labour Relations at Athabasca University. His research focuses on workplace injury, migrant workers, and union renewal. 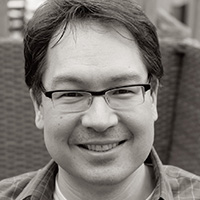 Jared Matsunaga-Turnbull has been with the Alberta Workers’ Health Centre since 2006, developing and delivering workplace health and safety and workers’ rights education programming across the province. He has over 20 years of experience in popular education and social action theatre with and for marginalized populations. Prior to stepping into the role of executive director, he was responsible for the AWHC’s Work Plays Schools Program (for young workers) and the New Alberta Workers Program (for temporary foreign workers, immigrants and refugees). Recently he has worked with injured worker groups across the province to increase their capacity to participate in advocacy for policy change. Jared lives in Edmonton with his wife and two children.